The Martin Model 167 Maryland was designed and manufactured by Glenn L. Martin Company introduced in 1940. It was a light bomber that took to the air for the first time on March 14, 1939. The aircraft was used during the Second World War and had been in service with the Royal Air Force, South African Air Force, French Air Force, and French Navy. It was retired in 1945. 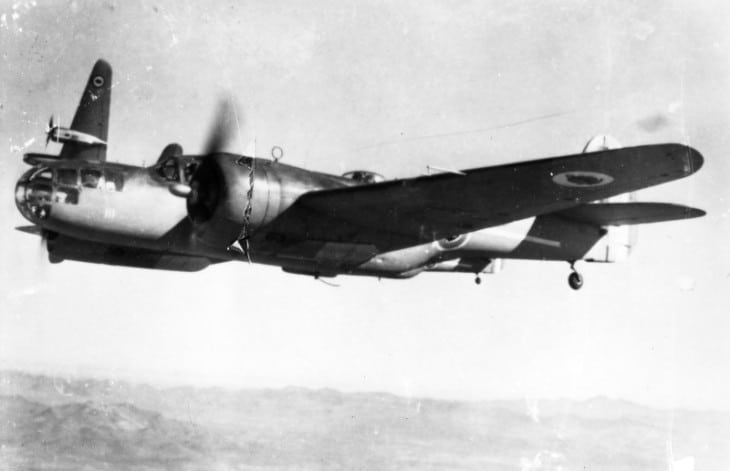 In 1938, the Glenn L. Martin Company developed the Model 167 as a response to the requirement of the United States Army Air Corps for a light bomber. It was designated as XA-22, however, it was not approved for operational use in the United States. Subsequently, the aircraft acquired foreign orders and after some time, led to the designation Maryland MK I.

The Maryland MK I had three crew members: a pilot, a navigator/ bomb aimer/ gunner, and a radio operator/ gunner. The aircraft has an exterior length of 14. meters, an exterior height of 3.1 meters, a tail height of 5 meters, and a fuselage diameter of 1.2 meters. The wings have a wingspan of 18.7 meters and a wing area of 49.9 square meters. The wheelbase is 9.3 meters.

The MK I was fitted with two Pratt and Whitney R-1830-S1C3-G Twin Wasp radial engines. It was a fourteen-cylinder two-row supercharged radial with two overhead valves per cylinder, a single-speed General Electric centrifugal-type supercharger, two-barrel Stromberg carburetor fuel system, air-cooling system, and an epicycling reduction gear. The engine produces a maximum power of 1,050 hp each and drives three-bladed Hamilton Standard 3T50 constant-speed metal propellers. The aircraft has an empty weight of 4,802 kg and a gross weight of 6,939 kg. The maximum takeoff weight is 7,624 kg, the maximum payload is 1100 kg, and the fuel tank capacity is 617 US gallons.

The American-designed light bomber has a maximum speed of 264 knots at 13,000 feet and a cruise speed of 216 knots. It has a travel range of 1,100 nautical miles and could fly up to 29,500 feet. The rate of climb is 2,400 feet per minute. The Maryland MK I could be loaded with four 7.7 mm Browning MK II medium machine guns attached in outer wings with 750 rpg, a single 7.7 mm Vickers K rapid-firing machine gun in dorsal and in ventral. The dorsal gun was attached in an entirely-retractable turret. It could also be loaded with 907 kg of internal bombs.