The Martin AM Mauler was designed and manufactured by the Glenn L. Martin Company as a single-seat shipboard attack aircraft introduced in March 1948. It was primarily used by the United States Navy and developed during the Second World War. On August 26, 1944, the aircraft took its first flight and was retired in 1953. A total of 151 AM Maulers were built. 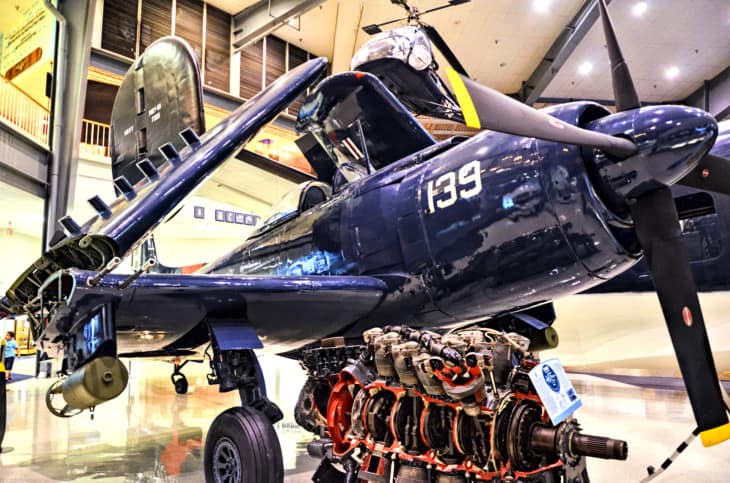 On August 26, 1944, the first aircraft prototype designated as XBTM-1 took to the skies for the first time. On January 15, 1945, the United States Navy placed an order for seven hundred and fifty Maulers but then it was decreased to ninety-nine following the Surrender of Imperial Japan in August of the same year. On May 20, the second XBTM-1 prototype conducted its maiden flight. Preliminary flight testing conducted with the prototypes showed serious issues with the engine cowling, as well as its fin and rudder which led to the redesign of the aircraft.

The engine produces a maximum takeoff thrust of 3,000 horsepower and drives a four-bladed propeller with a diameter of 4.47 meters. The Mauler has a maximum speed of 290 knots and a cruise speed of 164 knots. It has a combat range of 1,324 nautical miles. The aircraft can fly up to 27,000 feet and can climb at a rate of 2,780 feet per minute.