The Martin 187 Baltimore was developed and manufactured by the Glenn L. Martin Company as a light attack bomber fitted with twin engines. It was designated as the A-30 in the United States. In May 1940, it was initially ordered by the French Air Force as a replacement to the Martin Maryland. The aircraft was introduced in 1941 and was retired in 1949. 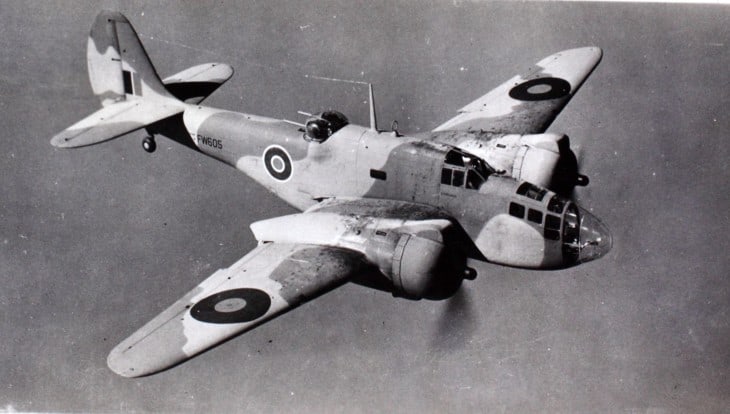 The Model 187 that was originally designated as A-23 featured a deeper fuselage and better engines. In May 1940, the Model 187 met the requirement of the Anglo-French Purchasing Commission for light to medium bomber aircraft. It was initially ordered by the French Air Force as a replacement for the Martin Maryland. A total of four hundred Model 187s were ordered. After the battle of France, the aircraft was given the designation Baltimore by the Royal Air Force when they subbed in the order. It was also designated as A-30 by the United States Army Air Force.

The light bomber is powered by twin Wright GR-2600-A5B radial engines. It has fourteen cylinders arranged in two rows and produces a maximum thrust of 1,700 horsepower each. The aircraft has a maximum speed of 295 knots at 11,600 feet and a cruise speed of 195 knots. The travel range is 850 nautical miles and the service ceiling is 24,000 feet. The Martin Baltimore can climb at a rate of 1,247 feet per minute.