The Martin B-10 was produced by Glenn L. Martin Company from 1933 to 1940 and was the first all-metal monoplane bomber aircraft to be commonly used by the United States Army Air Corps and was the first mass-produced bomber which had an excellent performance compared to the other combat aircraft of its kind. In June 1934, it entered into service and was retired in 1949 with the Royal Thai Air Force. 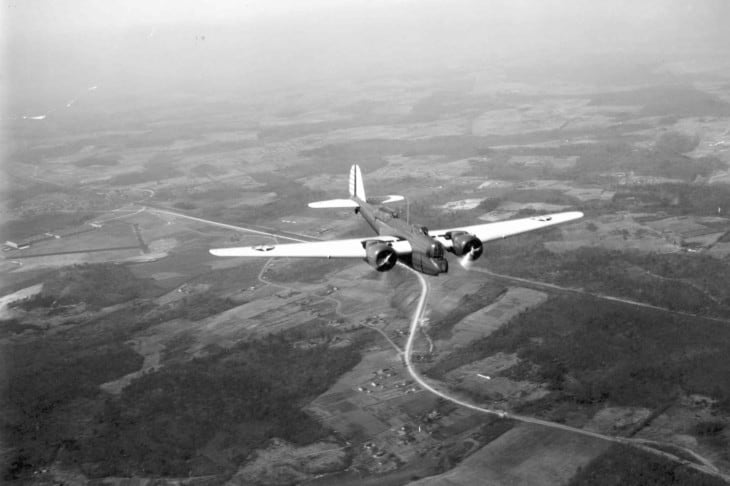 The Martin B-10 started as the Model 123 and could accommodate up to four crew members such as the pilot, copilot, and a gunner in the nose and the fuselage. It also incorporated a belly extending far downward for an internal weapons bay and as well as retractable undercarriage. On February 16, 1932, the Model 123 took to the air for the first time. After a month, on March 20, it was delivered to the United States Army for evaluation and was designated as XB-907.

The Martin B-10B main production version has an exterior length of 13.64 meters and an exterior height of 3.3 meters. It has a fuselage diameter of 1.3 meters and a tail height of 4.7 meters. The aircraft can accommodate three crew members. The wingspan is 21.5 meters, the wing area is 63 square meters, and the wheelbase is 7.2 meters.

The Martin B-10 is powered by two Wright R-1820-33 Cyclone (F-3) engines. It is a nine-cylinder, single-row radial engine with two overhead valves per cylinder with a sodium-filled exhaust valve, single-speed General Electric centrifugal-type supercharger, Stromberg downdraft carburetor with automatic mixture control, dry sump with one pressure and one scavenging pump oil system, and an air-cooling system. Each engine is rated at 775 horsepower and drives a three-bladed variable-pitch propeller. The aircraft has an empty weight of 4,391 kg and a gross weight of 6,668 kg. The maximum takeoff weight is 7,440 kg and the maximum payload is 1,025 kg. It has a maximum fuel tank capacity of 740 US gallons.