The Martin PBM Mariner was developed and produced by Glenn L. Martin Company as a patrol bomber flying boat during the Second World War and the early period of the Cold War. The PBM Mariner was built in addition to the flying boats in service during the time such as the Consolidated PBY Catalina and the PB2Y Coronado. On February 18, 1939, the aircraft took its maiden flight and in September 1940, it entered into service. 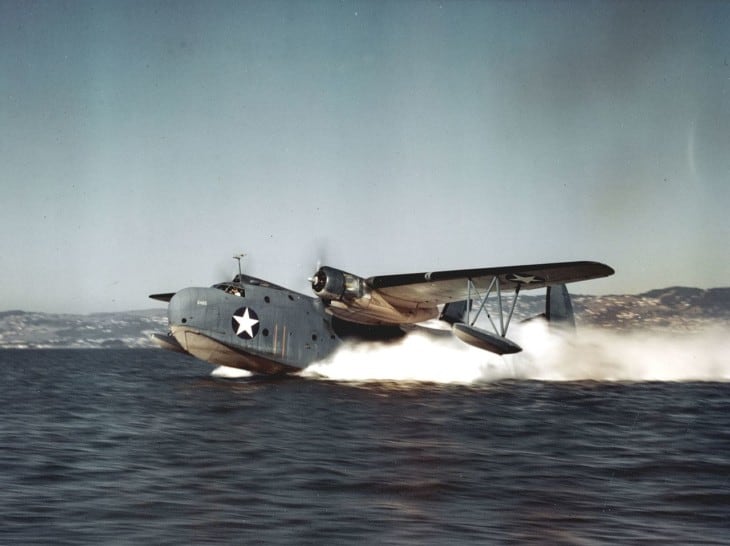 In 1937, a new flying boat powered by twin engines designated as the Model 162 was developed by the Glenn L. Martin Company. It was to take the place of the Consolidated P2Y and was built to be in addition to the PBY Catalina and PB2Y Coronado. On June 30, 1937, an order for a single prototype designated as XPBM-1 was placed. On December 28, 1937, the first production order for twenty-one PBM-1 was received.

The aircraft is powered by two Wright R-2600 also called Twin Cyclone. It is a fourteen-cylinder, supercharged, air-cooled, two-row radial engine which produces a maximum power of 1,600 hp each. It has two pushrod-actuated valves per cylinder with a sodium-cooled exhaust valve, a single-stage two-speed centrifugal-type supercharger, a Stromberg downdraft carburetor with automatic mixture control, a dry-sump with one pressure pump and two scavenge pumps oil system and an air-cooling system.

The PBM-1 has a maximum speed of 178 knots and a travel range of 2,600 nautical miles. It can fly up to 19,800 feet and can climb at a rate of 800 feet per minute. The patrol bomber could be loaded with eight 12.7 mm M2 Browning heavy machine guns located in the nose, tail turrets, and blisters amidships, and 1,800 kg of aerial bombs or depth charges or two Mark 13 torpedoes.