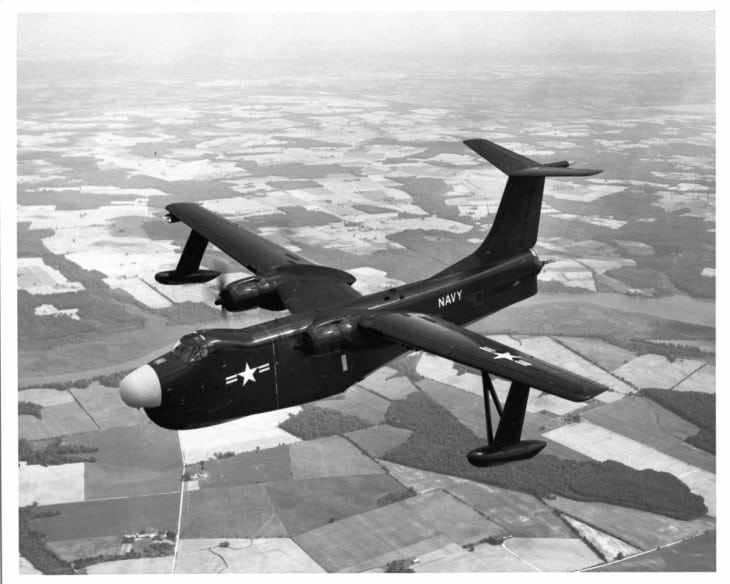 The Martin P5M was developed from the PBM Mariner, but with more powerful engines, a better hull, and a further conventional tail assembly. On May 30, 1948, the Marlin prototype took to the air for the first time. In 1951, the initial production aircraft designated as P5M-1 for the United States Navy was produced. On June 22, 1951, it conducted its maiden flight.

The P5M-1 incorporated an elevated flight deck for better visibility of the crew and featured a large radome instead of the nose turret for the AN/APS-44 search radar, the removal of the dorsal turret, and contemporary streamlined wing floats. It was also fitted with a stretched engine nacelles for more room to accommodate weapons bays. 160 P5M-1 were built in total. It was then followed by the P5M-2 updated production version that was equipped with a T-tail configuration. 108 of this version were produced for the United States Navy, and twelve for the French Navy.

The aircraft is powered by two Wright R-3350-32WA Duplex-Cyclone eighteen-cylinder, air-cooled, radial piston engines with water injection rated at 3,450 horsepower each. The engine drives a four-bladed fully-reversible constant-speed propeller. The Marlin has a maximum speed of 218 knots at sea level and a cruise speed of 130 knots at 1,000 feet. It has a travel range of 1,780 nautical miles. The aircraft can fly up to 24,000 feet and can climb at a rate of 1,200 feet per minute.