The Antonov An-32 was a Soviet designed, twin-engine turboprop transport aircraft. It is the military version of the Antonov An-26. The airplane was designed in the early 1970s to replace aging propeller driven transports such as the Lisunov Li-2 and for use in rugged terrain where wheels are not effective such as Africa or Central Asia. 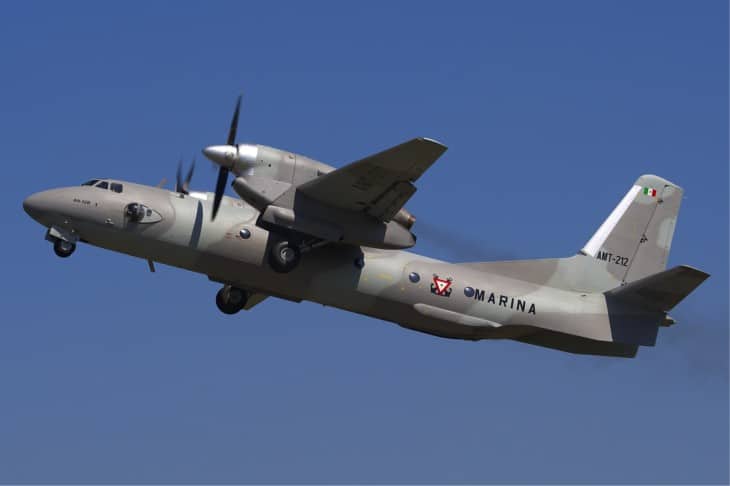 Blog posts that mention the Antonov An-32:

It was designed in the 1980s to replace the older Antonov An-26, which had become too expensive to operate. Production of this aircraft ceased in 2013 due to lack of interest from airline companies and military customers.

Antonov Airlines used their fleet of 26 planes until they were grounded in 2015 after being unable to pay off debts owed on them.

In total, 873 were built with production ending in 1989. The An-32 has seen service around the world with some notable users including Angola, Sudan and Yugoslavia (Serbia). The aircraft has been used by UN forces during peacekeeping missions and it also served as an air ambulance on occasion.