The Convair B-36 peacemaker was developed by Convair in service with the United States Air Force (USAF) as a strategic bomber between 1949 and 1959. Produced from 1946 to 1954, the B-36 Peacemaker is the largest piston-powered combat aircraft ever built. 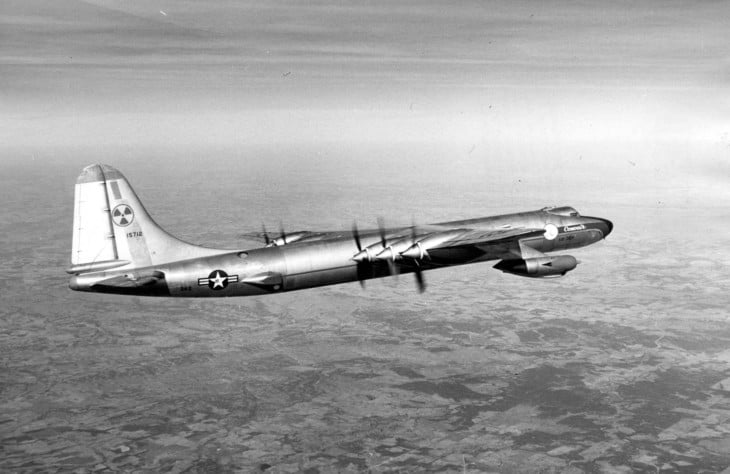 On August 20, 1945, the B-36 was launched, and on August 8, 1946, the aircraft took to the air for the first time. It was the sole American bomber aircraft capable to deliver substantial first-generation atomic bombs. The aircraft had the Grand Slam Installation enabling it to carry sizeable atomic weapons.

However, it was disputably outdated from the beginning because of its piston engines, combined with the worldwide development of first-generation jet fighters in possible rival air forces. The aircraft was the main nuclear weapon delivery vehicle of the Strategic Air Command before the jet-powered Boeing B-52 Stratofortress entered service in 1955.

It also featured three-bladed Curtiss Electric constant-speed fully-feathering pusher propellers. The aircraft has an empty weight of 75,371 kg, a maximum takeoff weight of 185,973 kg, and a fuel capacity of 30600 gallons.