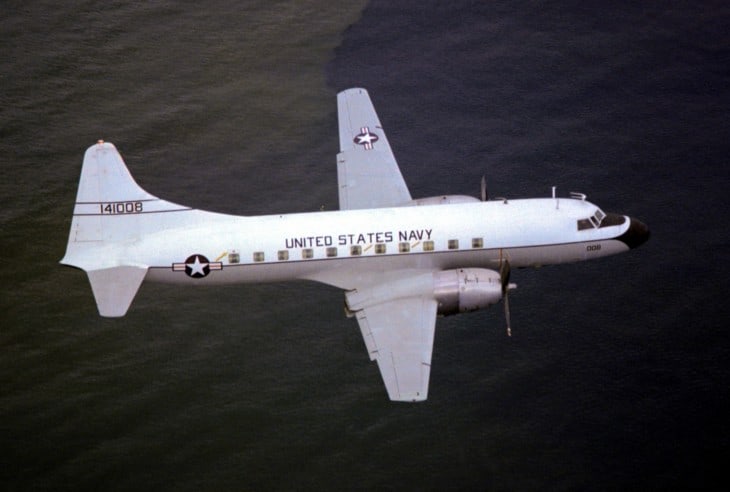 In 1959, a C-131 Samaritan was the initial aircraft engaged in the Project Mercury astronaut training as a reduced-gravity aircraft or also known with the unofficial nickname “vomit comet”. In October 1963, the C-131 was used in the Project Tailchaser as the first flying gunship testbed. A C-131B was installed with cameras located in the cargo bay. In the end, the aircraft was brought to Eglin Air Force Base in Florida to install a 7.62 mm SUU-11A/A Gatling-style minigun from General Electric.