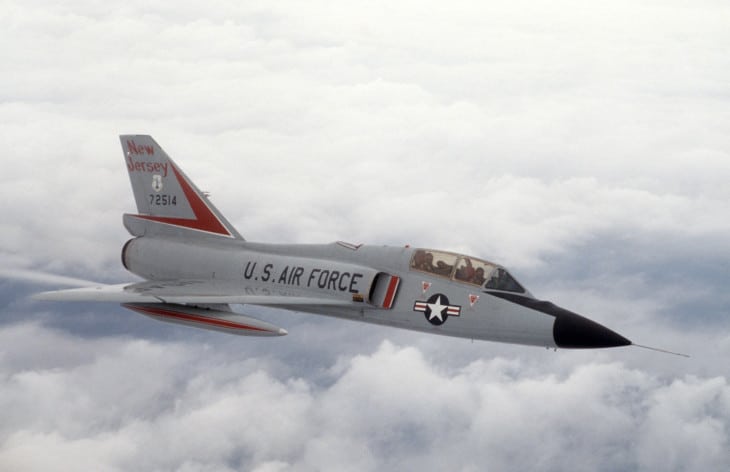 The F-106 was the conclusive development of the WS-201A, informally known as the 1954 interceptor, a United States Air Force project to develop a dedicated interceptor aircraft that would enter service on the said year.

On December 26, 1956, the first F-106 prototype conducted its maiden flight from Edwards Air Force base.

On February 26, 1957, the second prototype took its first flight, equipped with a better set of equipment. Preliminary flight testing during the last quarter of 1956 to the first quarter of 1957 was dissatisfying, with performance below expected, and the engine as well as the avionics system showed unreliability.

The issues, together with the delays correlated, almost ushered to the discontinuation of the project, however, the USAF settled to place an order for three hundred and fifty F-106s rather than the proposed 1,000.

Following few slight reconfigurations, the new aircraft with the designation F-106A, were sent to 15 fighter interceptor squadrons together with the F-106B, beginning in October 1959.

The aircraft was envisioned as a particular all-weather interceptor armed with missiles to assail bombers. It could also be used as a daylight air superiority fighter or a fighter bomber. The F-106 was fitted with the MA-1 fire-control system by Hughes which guides the aircraft into the right position for firing missiles.

This system could be connected to the Semi-Automated Ground Environment (SAGE) network which coordinated and processed data from different radar sites to provide a combined image of the airspace over a wide area and could be used for ground-controlled interception, enabling the F-106 to be maneuvered by controllers.

The F-106A has a length of 21.55 meters, a height of 6.18 meters, and a diameter of 1.4 meters. The wingspan is 11.67 meters and the original wing area is 61.46 square meters while the conically-cambered wing area is 65 square meters. It was powered by a single Pratt and Whitney J75-P-17 afterburning turbojet engine which produces a maximum dry thrust of 16,100 lbf and 24,500 lbf with afterburner.