The aircraft are either complements or supplements to one another, each designed for a specific role. Both F-22 Raptor and F-35 Lightning II are masters of their craft but still, they vary from one another in some capabilities.

Most of the airframe and weapon system for F-22 was developed by Lockheed Martin Aeronautics, while Boeing Defense, Space & Security contributed to the development of wings and integration of avionics and training systems.

Let’s stack up F-22 and F-35 against each other and find out the best in them.

About the F-22 Raptor

In the late 1970s, the Soviet Air Force started to improvise their Air Defense by increasing the numbers of Mikoyan Mig-29 and Sukhoi Su-27 in their fleet of fighters.

Seeing this as an emerging threat, the United States Air Force started a program called “Senior Sky” to develop an advanced fighter with the latest technologies available at the time such as stealth technology, powerful propulsion systems, advanced avionics, and flight control systems.

In 1986, Lockheed and Northrop were selected out of the seven bidding companies. For the engine development, Pratt & Whitney and General Electric were given contracts. The demonstration and validation phase lasted for 50 months and was focused primarily on aircraft design, development plans, and system engineering.

In 1991, the US Air Force declared Lockheed and Pratt Whitney as the winners of the program. That was how the F-22 Raptor was born. Now let us take a quick look at the specifications of F-22.

F-22 Raptor is a twin-engine, stealth tactical fighter developed exclusively for the United States Air Force. The aircraft was originally designed as an air superiority aircraft but it also has other capabilities like electronic warfare, signal interception, ground attack, etc.

F-22 is a fifth-generation air superiority aircraft. Although, in stealth technology, it is considered a fourth-generation fighter. It is one of the few aircraft which have supermaneuverability, supercruise, stealth, and sensor fusion, all in a single platform.

The AN/ALR-94 is one of the most sophisticated components of the airplane with around 30 antennas in the wings to detect the radio emissions.

The avionics software of the F-22 has around 1.7 millions line of code, a major portion of which deals with the processing of RADAR data.

The glass cockpit of F-22 contains a monochrome head-up display, six colored LCD screens, a side-stick controller, and a pair of throttles. There is also a center-mounted ejection control which is of the ACES II version.

There are three internal points in the F-22. One large bay is located on the bottom of the fuselage and can house six LAU-142/A vertical eject launchers for AMRAAM missiles.

The other two bays are on the sides of the fuselage and can accommodate an LAU-142/A launcher for short-range missiles.

Behind each side bay, there is a small bay for countermeasures such as flares.

AIM-120 AMRAAM and AIM-9 Sidewinder are the primary air-to-air missiles. Each wing of the F-22 is capable of carrying 5000 pounds and has four hardpoints.

For dealing with air-to-surface damage, four launchers in the main bay can be replaced with bomb racks capable of carrying 1000 kgs of ordnance.

About the F-35 Lightning II

When close to the ground, Boeing’s prototype X-32 suffered engine overheating problems due to inadequate hot air circulation. This is believed to be one of the primary reasons for Boeing’s defeat in the competition. The funding for the development of the aircraft was done mainly by the United States.

In July 2015, the STOVL variant F-35B was inducted into the United States Marine Corps. Now, let’s take a look at what all features make the F-35 a good multirole aircraft.

With full payload, all F-35 variants have a top speed of Mach 1.6. F-35 is powered by the Pratt & Whitney F135 with a rated thrust of 191 kN. Besides the wing tail configuration, a smaller RADAR cross-section due to alignment of edges, masking engine & turbine, serration of skin panels, etc also facilitates the stealth design of the aircraft.

The avionics and sensor system makes it the most sophisticated element of the aircraft. The Block 3F software has around 8.6 million lines of code.

The main display in the cockpit is a 50 by 20 cm touchscreen which displays CNI information, warnings, cautions, etc, and is customizable by the pilot. Instead of a head-up display, F-35 features a Helmet-Mounted Display System (HMDS).

The F-35 has two internal weapon bays with four hardpoints for preserving the stealth design. The two outboard stations are for the air to surface missiles while the other two stations are for air-to-air missiles.

If stealth is not a requirement for a mission, then an extra six external hardpoints can also be used. Key air-to-surface missiles include Joint Direct Attack Munition (JDAM), Paveway laser-guided bombs, AGM-154 Joint Standoff Weapon.

For air-to-air support, beyond visual range missiles like AIM-120 AMRAAM can also be used in the aircraft.

Now, let’s take a look at the feature which differentiate the F-22 Raptor from the F-35 Lightning II.

The F-22 is a twin-engine aircraft whereas the F-35 is a single-engine aircraft. The number of engines that an aircraft must have is often a subject of debate, but each configuration has its own set of advantages and disadvantages.

The primary role of F-22 is air-to-air combat whereas the F-35 is designed to be more adept at the air to surface warfare. The weapon bays in F-22 are wide and shallow.

On the contrary, the weapon bays in F-35 are narrow and deep. This is because F-22 is optimized to carry more air-to-air missiles and F-35 is optimized for carrying powerful air-to-surface bombs like  2,000 lb JDAMs.

There is a significant difference in the speed of the F-35 and F-22. This is because the F-22 is designed as an air-superiority aircraft, speed and high operational altitude are the basic features of F-22, unlike F-35 which is designed for different roles and capabilities.

Usually, single-engine aircraft have better manoeuvrability and thrust to weight ratio because they are lighter in weight. But, the case is different with F-22. Despite being 28-32% heavier than the F-35, the double F-119 engines provide a respectable thrust-to-weight ratio of 1.08.

On the other hand, the single F135 engine provides a thrust/weight ratio of around 0.87. Further, the thrust vectoring control in the F-22 adds to its maneuverability.

Due to this significant difference in RCS, some defense analysts call the F-35 a “Pseudo-Stealthy” fighter.

The F-22 and the F-35 are complementary aircraft. With respect to air-to-air combat, there is no match for the Raptor. Features like the high speed, manoeuvrability, stealthy design make the F-22 an unbeatable dog-fighting machine.

With the powerful twin-engines, the F-22 has good take-off weight of around 83,500 lb whereas the F-35 has maximum takeoff-weight of around 70,000 lb. Due to this significant difference in the weight, the F-22 can carry heavier, and more weapons with ease.

The 3D Thrust Vectoring Control (TVC) nozzles furthers the manoeuvrability of the F-22 which is a missing feature in the F-35. This makes the F-22 deadlier in air-to-air warfare. Even with an old 80’s design, the F-22 can maintain aerodynamics and stealth without compromising the payload.

The F-35 is cheaper, lighter and smaller in size when compared to the F-22. The F-35 benefits from the low operational costs and maintenance. Consequently, maintaining a large fleet of the F-35 is easier.

The reasonable flight per hour in the F-35 is also an advantage, because in F-22, the hourly operational costs are very high one reason being, the double fuel-hungry engines. The F-35 comes with higher combat readiness rate which can be decisive at times.

In terms of electronic technology, the avionics in the F-35 is almost a decade ahead of the F-22. The F-35 program is just in the beginning whereas the F-22 is over. So, in near future frequent software upgrades and configurations in the F-35 is possible.

Congressman Adam Smith, the chairman of the House Armed Services Committee (HASC) referred to the F-35 fighter program as a “rathole”. Further, numerous news reports criticized the F-35 fighter for its size, ballooning costs, and delayed deliveries. Despite these reports and criticism, the F-35 is an operational success in reality.

In a report in 2019, Government Accountability Office rated the mission readiness of the F-35 as 80%. More recently, in January 2021 Ellen Lord a US Under-Secretary said that the mission capable rate of F-35 sits at 69% for a non-combat coded aircraft.

In the first decade of 21st century, the F-22 program was debated due to rising costs and lack of versatility. The program was much opposed by the officials including Donald Rumsfeld (Secretary of Defense), John Warner and John McCain (Senators). 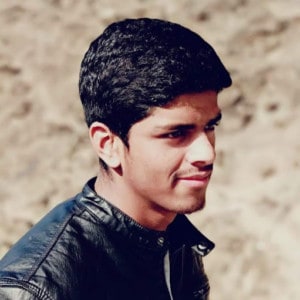