The Republic RC-3 Seabee was designed by Percival Spencer and produced by the Republic Aircraft Aviation as an all-metal amphibious sports aircraft that first flew in December 1945. It was introduced in 1946 and was produced until 1947. A total of 1,060 aircraft were built. 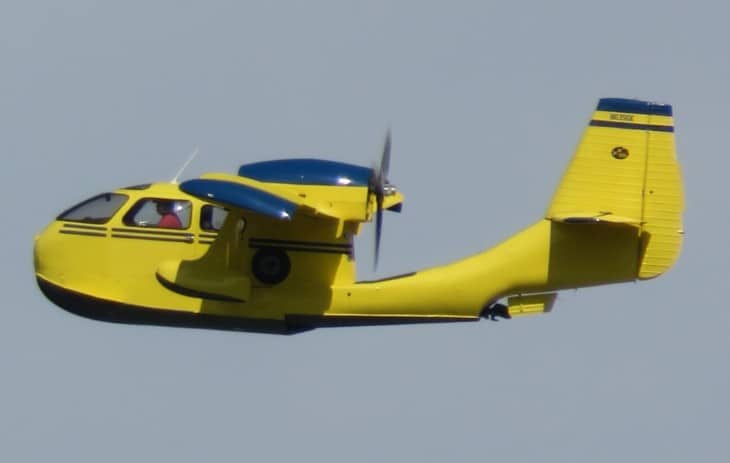 The Republic RC-3 Seabee was developed by Percival Spencer, an American inventor, and aviation pioneer who worked with the Republic Aircraft Corporation as a test pilot during World War II. On November 22, 1945, the RC-3 prototype with serial NX87451 moved off the production line at the manufacturing company’s plant in Farmingdale, New York.

On December 1 of the same year, the aircraft took to the air for the first time piloted by Spencer. On December 27, the company acquired the Franklin engine manufacturer, Aircooled Motors to produce and develop engines that will power the Seabee.

The aircraft is powered by a single Franklin 6AS-215-BSF engine. It is a six-cylinder air-cooled horizontally opposed-piston engine with a single OHV exhaust and inlet per cylinder operated by push-rods and rockets, a single Marvel-Schebler MA4-5 updraught carburetor fuel system, a pressure-fed oil system, and an air-cooled with cooling fan and shrouds cooling system. The engine produces a maximum takeoff thrust of 215 hp at 25,000 feet and drives a two-bladed Aeromaster adjustable pitch wooden propeller or an optional Hartzell reversible pitch wooden propeller.

The Seabee has a maximum speed of 100 knots, a cruise speed of 90 knots at seventy-five percent power, and a landing speed of 50 knots. The travel range is 490 nautical miles. It can fly up to 12,000 feet and can climb at a rate of 700 feet per minute.