The Mitsubishi F-1 was jointly manufactured by two Japanese multinational companies, Mitsubishi Heavy Industries and Fuji Heavy Industries as a swept-wing, single-seat supersonic strike aircraft powered by twin engines. The F-1 was the first indigenously-built supersonic combat aircraft in Japan and was used by the Japan Air Self Defense Force from 1978 until 2006. It was introduced in April 1978 and was retired in March 2006. 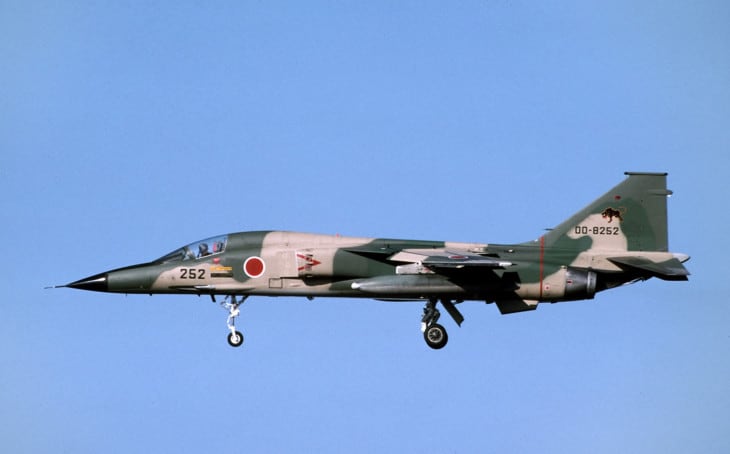 The aircraft is powered by twin Ishikawa-Harima TF40-801A engines. These are afterburning turbofan engines with a two-stage LP five-stage HP compressor, and a single-stage LP single-stage HP turbine each. Each engine produces a dry thrust of 5,100 lbf and an afterburning thrust of 8,000 lbf. The F-1 has a maximum speed of 920 knots at 36,089 feet. The combat range is 300 nautical miles at a high-low-high profile with two ASM-1 missiles and one 220 US gal drop tank. It has a ferry range of 1,550 nautical miles with maximum external fuel. It can fly up to 50,000 feet and can climb at a rate of 35,000 feet per minute.

The F-1 is armed with a single 20 mm Jm61A1 Vulcan six-barrel air-cooled electrically-fired Gatling-style rotary cannon. It is also equipped with hardpoints in the centerline, four located underwing, and two wingtip missile rails. Several bombs and missiles are also included such as air-to-air missiles and air-to-surface missiles, and rocket launchers on four underwings, two wingtips, and one under-fuselage pylon.