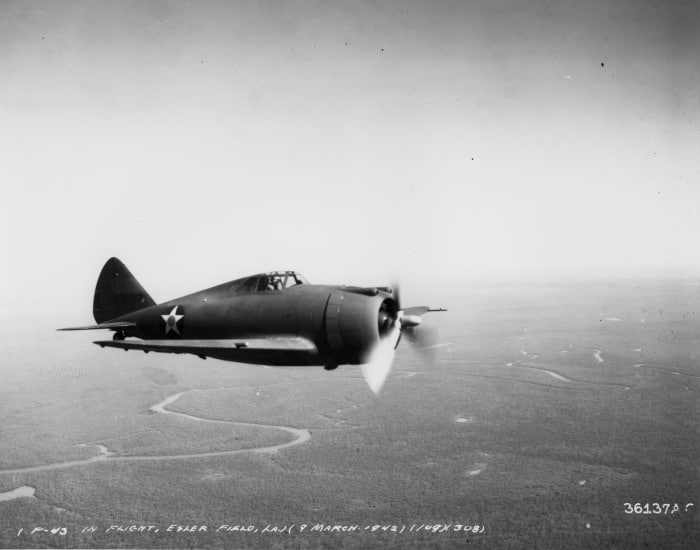 In March 1940, the P-43 prototype took to the air for the first time. It was designated as YP-43 powered by a fourteen-cylinder R-1830-35 engine. Aircraft deliveries started from September 1940 to April 1941. Initial testing showed that the aircraft was greatly prone to yawing while performing takeoff and landing rolls that led to the modification of the tailwheel. From May 16 to August 28, 1941, production versions with the designation P-43 Lancer were delivered.

The aircraft is powered by a single Pratt and Whitney R-1830-49 engine. It is a fourteen-cylinder two-row supercharged air-cooled radial engine with two overhead valves per cylinder, a single-speed General Electric centrifugal-type supercharger, a two-barrel Stromberg carburetor fuel system, an air-cooling system, and an epicyclic reduction gear. The engine produces a maximum takeoff thrust of 1,200 hp.

The Lancer has a maximum speed of 309 knots and a travel range of 560 nautical miles. It can fly up to 35,990 feet and can climb at a rate of 2,500 feet per minute. The P-43A version could be loaded with four 12.7 mm M2 Browning machine guns located in the wings. It is also armed with a centerline hardpoint for a drop tank or up to a maximum of 91 kg of bombs.