The Mooney M10 Cadet was developed and built by Mooney Aircraft Company as a single-engine light trainer during the 1969 and 1970. The aircraft performed its maiden flight in February 1968 and was developed from the ERCO Ercoupe low-wing monoplane. A total of 59 aircraft were built. 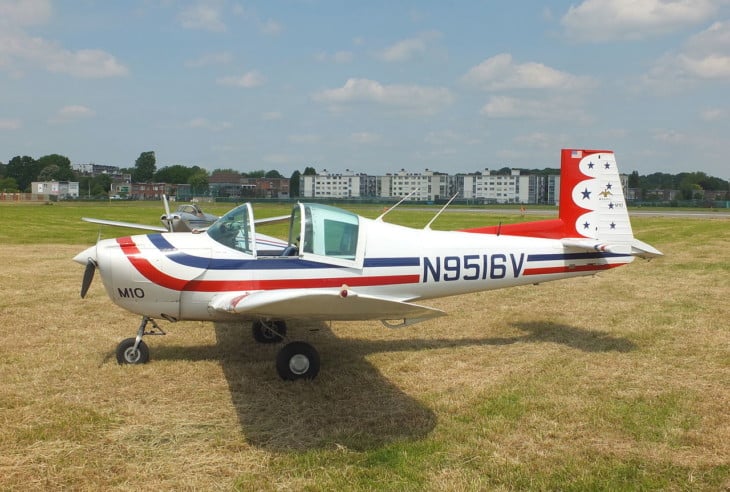 The Mooney M10 is almost identical to the Alon A2-A besides its new empennage, ailerons, as well as fuel tank vent valves. The most apparent distinction is the removal of the famous Ercoupe-style dual fin and changed it with a tail built to enable the aircraft to spin. Modifications made with the ailerons, together with the substitution of the tail of A2-A, were inspired by the intention of the company to sell a trainer M10 aircraft. The aircraft took to the air for the first time on February 23, 1968. It was manufactured from 1969 to 1970 with a total number of 59 aircraft built.

The M10 Cadet has an external length of 6.3 meters and a tail height of 2.3 meters. It has a wingspan of 9.1 meters and a wing area of 13.2 square meters. It has a 227 kg capacity of useful load. The empty weight is 431 kg, the gross weight is 658 kg, and the maximum takeoff weight is 658 kg. The fuel tank capacity is 24 US gal. The aircraft is fitted with a Narco avionics MK 12D NAV/COM with a bright gas-discharged display and automatic dimming. It features an internal VOR/LOC converter, a remote DME channeling, an automatic audio leveling, and an automatic squelch. The aircraft is also installed with a Narco AT-150 transponder.

The aircraft is fitted with a single Continental C-90-16F engine. It is a four-cylinder, air-cooled, horizontally-opposed piston engine with a vacuum pump drive provisions and a Marvel Schebler carburetor fuel system. The engine produces a maximum takeoff thrust of 90 horsepower. The M10 Cadet has a maximum speed of 103 knots and a cruise speed of 96 knots. The stall speed is 40 knots and the never exceed speed is 125 knots. It has a maximum range of 484 nautical miles. It can fly up to 12,500 feet and can climb at a rate of 835 feet per minute. The takeoff and landing distances are 290 meters and 310 meters, respectively.