The Mooney M20C Ranger was manufactured by Mooney International Corporation as part of the series of piston-powered, propeller-driven, low-winged, four-seater general aviation aircraft derived from the Mooney M-18 Mite. The M20C Ranger was introduced in 1962 after the all-metal M20B version. 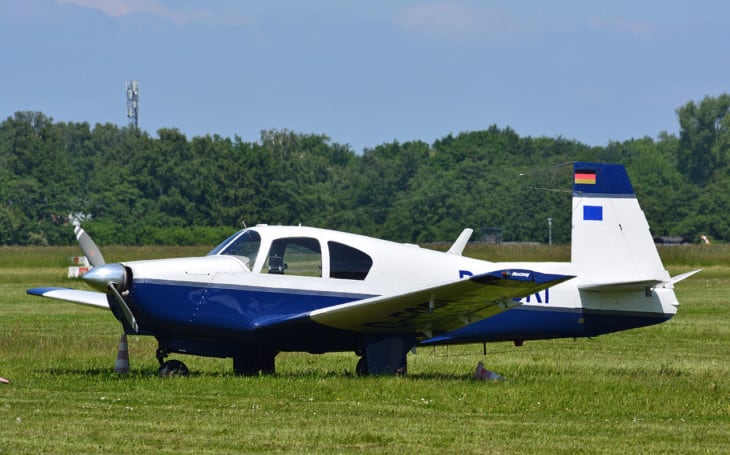 In January 1960, the manufacturing company Mooney International Corporation began to produce aluminum-based aircraft that would replace the initial wooden structure of the M20. The company persuaded Ralph Harmon to leave McDonnel Aircraft and be in charge of the engineering efforts of the M20. Toward the end of the year, the all-metal M20B was finalized.

The M20C Ranger has an exterior height of 1.7 meters, an exterior length of 7.06 meters, and a fuselage diameter of 1.2 meters. The tail height is 2.5 meters and the wheelbase is 1.8 meters. It has a low wing with a wingspan of 10.67 meters and internal baggage of 3.40 cubic meters. The aircraft can accommodate a single crew and three passengers on board. It has a maximum takeoff weight of 1,168 kg and a maximum landing weight of 691 kg. It has an empty weight of 692 kg, a maximum payload of 350 kg, and a fuel tank capacity of 52 US gal.

The M20C is powered by a single Lycoming O-360 piston engine. It is a four-cylinder, direct-drive, horizontally-opposed, air-cooled piston with a wet sump oil system and rated at 180 hp thrust. The aircraft has a maximum range of 660 nautical miles and can fly up to 17,500 feet. The rate of climb is 1,010 feet per minute. It has a maximum speed of 174 knots, a normal cruise speed of 158 knots, an economic cruise of 152 knots, and a stall speed of 50 knots.