The Mooney M-18 Mite is a personal use aircraft designed by Al Mooney and produced by Mooney Aircraft Company for fighter pilots that came from the Second World War. It was introduced in 1947 as a single-place monoplane with low wings and retractable tricycle-type undercarriage. In the same year, it performed its maiden flight and was produced until 1954 with a total number of 283 aircraft built. 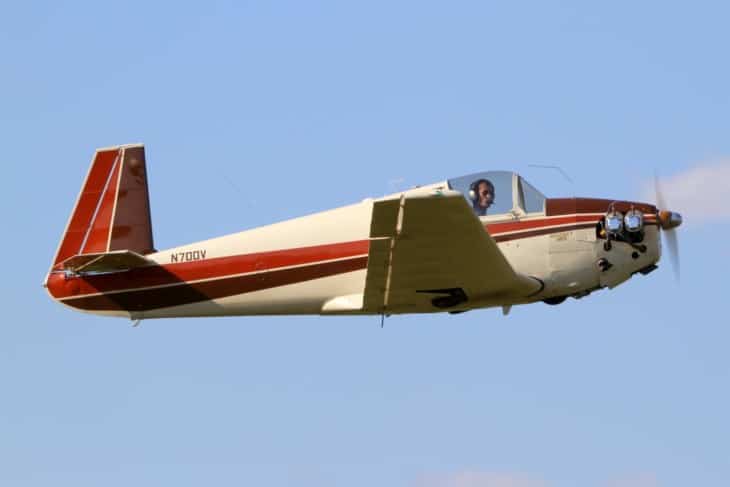 The design of the M-18 Mite aimed an exceptionally low operating cost aircraft. It is mostly built of wood covered in fabric, with a wing spar made of spruce and plywood. The aircraft is also fitted with a distinct safe-trim system that connects the wing flaps to the tail trim system and fits the horizontal stabilizer angle automatically during the deflection of flaps, decreasing or removing pitch changes while the flaps are being lowered. In 1947, the aircraft took to the air for the first time. A total of 283 M-18 Mites were built in Wichita, Kansas, and Kerrville, Texas facility from 1947 to 1954.

The Mooney M-18 Mite is a single-seat trainer with a capacity of 118 kg. It has an external length of 5.5 meters, an external height of 1.4 meters, and a fuselage width of 0.85 meters. It has a tail height of 1.9 meters and a retractable tricycle landing gear with a wheelbase of 1.2 meters. The low wing has a wingspan of 8.18 meters and a wing area of 8.8 square meters. It has an empty weight of 236 kg, a gross weight of 354 kg, and a maximum takeoff weight of 354 kg. The fuel tank capacity is 12 US gal.

The aircraft is powered by a single Continental A65 engine. It is a four-cylinder, horizontally opposed piston engine with one intake and one exhaust valve per cylinder, updraft carburetor fuel system, wet-sump oil system, and an air-cooling system. The engine is rated at 65 hp thrust.