The Mooney M22 Mustang was developed and produced by the Mooney Aircraft Company as a low-winged monoplane. It is developed from the Mooney M20 general aviation aircraft and the first effort of the manufacturing company to achieve a pressurized single-engine aircraft. It performed its maiden flight in September 1964 and was produced from 1965 until 1970. A total of thirty-six M22 Mustangs were built. 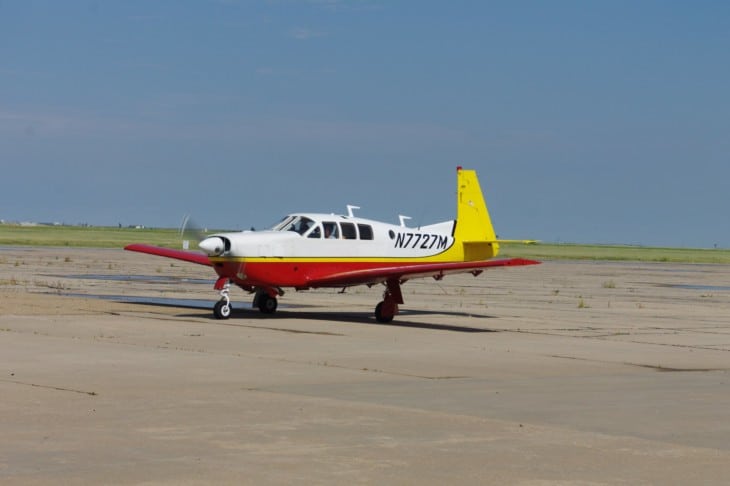 The Mooney M22 Mustang was designed to be an excellent model in addition to the successful M20 piston-powered, propeller-driven, general aviation aircraft. On September 24, 1964, the first prototype took to the air for the first time. On September 26, 1966, the aircraft was awarded its type certification. Aircraft deliveries began from 1965 until 1970. A total of thirty-six Mustangs were built before production was ceased. However, the aircraft did not have successful sales and thus contributed to the manufacturing company’s bankruptcy.

The M22 Mustang can accommodate a single pilot and up to four passengers. It is a pressurized aircraft with an external length of 8.23 meters, an external height of 2 meters, and a fuselage diameter of 1.4 meters. It is a low-wing monoplane with a wingspan of 10.67 meters and a wing area of 15.51 square meters. The tail height is 3 meters. It has a retractable nosewheel landing gear and a wheelbase of 2.2 meters. The aircraft has an empty weight of 1,107 kg, a maximum payload of 564 kg, and a fuel tank capacity of 92 US gal. The maximum takeoff weight is 1,669 kg.

The aircraft is powered by a single Lycoming TIO-541-A1A engine. It is a six-cylinder, air-cooled, horizontally-opposed, direct-drive, fuel-injected, turbo supercharged piston engine rated at 310 hp thrust. It drives a two-bladed Hartzell metal constant-speed propeller with a diameter of 2.03 meters. The M22 Mustang has a maximum speed of 222 knots and a normal cruise speed of 186 knots with sixty-fice percent power. The stall speed is 58 knots with flaps and undercarriage lowered and powered off. It has a travel range of 1,297 nautical miles with forty-five minutes reserves. The aircraft can fly up to 24,000 feet and can climb at a rate of 1,125 feet per minute. The takeoff and landing run is 348 meters and 292 meters, respectively.