The Mooney M20R Ovation was manufactured by Mooney International Corporation as part of the series of piston-powered, propeller-driven, low-winged, four-seater general aviation aircraft. The M20 family was developed from the Mooney M-18 Mite single-place monoplane and performed its maiden flight in 1953. The aircraft series was introduced in 1955 and produced beginning in 1955 until 2019. 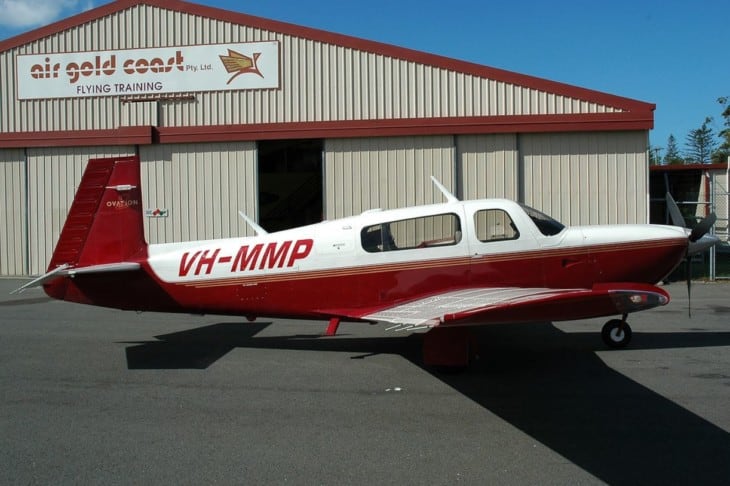 The Mooney M20 was designed by Albert Mooney, one of the founders of the Mooney Aircraft Company. It was the twentieth design and his most successful creation. The M20 is a series of general aviation aircraft powered by a piston engine with low wings and tricycle undercarriage.

The aircraft was built in several versions for the past sixty years and has evolved from the basic M20 and M20A with wooden wings in 1955, to the M20R Ovation in 1994, and to the more improved M20V Acclaim Ultra version in 2016. A total of over 11,000 aircraft were built. The M20R Ovation was developed to bridge the gap between naturally-aspirated MSE released in 1990 and the Turbocharged Lycoming Sabre (TLS). In 1995, ninety-one aircraft were built and fifty-four were Ovations.

The Mooney M20R Ovation can accommodate a single crew and 454 kg of useful load or three passengers in flight. It has an external length of 8.13 meters, an external height of 1.7 meters, and a fuselage width of 1.2 meters. The cabin height is 1.11 meters, the cabin length is 3.68 meters, and the cabin width is 1.09 meters.

It is a low-wing monoplane with a wingspan of 11.13 meters and features a tricycle landing gear with a wheelbase of 2 meters. The tail height is 2.54 meters. The aircraft has an empty weight of 1,080 kg, a gross weight of 1,533 kg, and a maximum payload of about 400 kg. The maximum takeoff and landing weights are 1,528 kg and 1,451 kg, respectively.

The M20 is powered by a single Continental TSIO-550-G engine. It is a six-cylinder, air-cooled, horizontally-opposed aircraft piston engine with fuel injection and produces a maximum takeoff thrust of 280 hp. It also drives a three-bladed Hartzell Scimitar propeller. The aircraft has a cruise speed of 242 knots and a stall speed of 53 knots. It has a standard range of 1,100 nautical miles. It can fly up to 25,000 feet and can climb at a rate of 1,240 feet per minute.