There are many words that are bound to come to mind when you consider private planes, and “cheap” isn’t one of them. So, why are inexpensive private jets not only possible, but suddenly popular?

Let’s be clear – viewed from the outside, there is nothing “affordable” about paying a million dollars or more for the privilege of a private jet.

There is a lot of talk about private jets being more affordable nowadays than ever before, and while that’s definitely true, all of these jets still peak up over six figures in cost. You’d still need to be making six or seven figures yourself to think about owning one.

Even so, there was once a time when having a private jet was something reserved only for the richest of the rich. While they are still beyond the reach of most of us, the private jets on this list are nevertheless less expensive when compared with that lofty standard of extravagance.

What’s more, while this is a list of the least expensive private jets on the market, there is nothing “cheap” about these jets’ construction. A few select companies dominate this list such as Embraer and Cessna, which has long been an established name in the private jet industry.

The price tags may be less expensive, but the companies behind these craft are anything but.

So, what are these inexpensive private jets, and how much would they set you back?

So, what do you get for that money? The world’s first single-engine private jet. The Cirrus Vision Jet is fueled by a single Williams International FJ33-5A Turbofan engine that is capable of producing 1,800 lbs of thrust, allowing it to reach a cruising speed of 345 miles per hour.

The jet can be piloted solo, so if you’re a certified pilot you can eliminate the cost of hiring one as well, making it even less expensive. The cabin is four feet tall and five feet wide, with room for up to seven people, and can include onboard entertainment systems.

At first blush, you might wonder how a private jet that costs $25.9 million could possibly count as one of the least expensive jets. Then you realize that for the Embraer’s class size, that’s a bargain – the comparably sized Gulfstream G550 costs more than double that at $61.5 million.

The Legacy 650E is fueled by twin Rolls-Royce AE3007A2 engines that can power the craft to a cruising speed of 515 miles per hour. The jet has a 3,900 mile range, so you can fly from New York to London or Boston to Barcelona with no problem.

The Embraer 650E is also pretty spacious, with room for up to 13 passengers. Onboard, you’ll find such amenities as Apple TV, broadband, and phone service, with flight operations handled by Honeywell Primus Elite Avionics.

For something far more affordable than the “budget” luxury private jet Embraer offers with its 650E, the Phenom 100, which debuted in 2008, comes in at a comparatively-meager $4.95 million.

The plane can be piloted solo and can carry up to seven passengers. It is also on the small side for a private jet, measuring just over 42 feet long.

The Embraer 100 is powered by twin Pratt & Whitney Canada PW617F1-E turbofan engines, each producing 1,730 lbs of thrust. This helps power the craft to a cruising speed of 470 miles per hour, with the craft enjoying an operational range of just over 2,180 miles.

As is sometimes the case on a list like this, there are different price totals for a craft. While the high-end estimate for an Embraer Legacy 600, roughly $25 million, is normal for a business jet, low-end estimates of $10 million are a “bargain.”

The craft is crewed by two pilots and can carry up to 14 passengers. It has two Rolls-Royce AE 3007A1E engines that are capable of generating 7,953 lbs of thrust, making possible the craft’s cruising speed of 528 miles per hour.

With a range of 3,400 miles, a $10 million business jet may still be more than most of us can imagine, but for those able to afford it, the Embraer Legacy 600 may be one of the “cheapest” ways to cross the Atlantic in luxury.

This is another case of a jet being considered “cheap” comparatively speaking. The Cessna Citation XLS+ is a business class jet that’s priced far closer to a high-end personal one at $12.8 million, far less than a top flight Gulfstream or Bombardier business jet would be.

It is available in six different color schemes with lavish leather interiors. While the jet may cost less than others in its class, it is nevertheless among the roomiest among them, with space for a maximum of nine passengers and a crew of two.

The jet is powered by two Pratt & Whitney Canada PW545C Turbofans, each generating 4,119 lbs of thrust. This helps the craft attain a maximum cruising speed of 507 miles per hour. With a range of 2,100 miles, you can fly from New York to New Mexico with ease.

One of the true classics of the private jet industry, the Citation X has been around for nearly 25 years. The price range for them can vary wildly, with the most expensive at $23 million while some are available at “just” $3 million, which helps it make our list.

That latter figure is incredible given the fact that the Citation X isn’t a personal single-engine plane like a couple of the other jets on here. It is a full midsize jet with a crew of two and room for up 12 people.

The Citation X is capable of reaching a cruising speed of around 607 miles per hour. Its operational range is more than 3,900, allowing you to cross the Atlantic in comfort.

NASCAR driver Kevin Harwick owns a CJ3, and while he may not have paid a fortune to do so, this private jet is still one of our more expensive options at $7 million. Still, compared to the price of other private jets out there, it’s on the less expensive side.

This is a variation of the Citation 525, which is a model that has been around since the 90s. Updates such as the CJ3 have helped increase its life span, with this variant capable of reaching cruising speeds of 480 miles per hour and a range of 2,000 miles.

Part of what helps make this private jet less expensive is that, with a single pilot, owners can cut down on the cost of hiring a co-pilot or two pilots to fly them around. The cabin has room for seven passengers.

What’s in a name? This jet has been in development for over a decade now, with at least one name change along the way. Whether you refer to it as the 714 or rebranded 716X, the jet looks to sell for around $3.5 million.

The jet looks to compete with the Cirrus Vision Jet, making it the world’s second single-engine private jet. It is planned to be powered by a single Pratt & Whitney Canada JT15D-5 engine.

The estimated range for this craft would be around 1,500 miles. While that isn’t as much as some of the others on this list, it is still economical for that price, and enough to get you from New York to Minneapolis.

The Learjet brand has long been a favorite of athletes and entertainers, with the late golfer Payne Stewart owning a Learjet before his untimely death in 1995 and Dale Earnhardt Jr. being among those who own a Learjet 60.

This private jet has enough room for eight passengers and is operated by a crew of two. A Learjet 60 typically features two Pratt & Whitney Turbofan engines. These generate 4,600 lbs worth of thrust, which gives the craft a maximum range of 2,240 miles.

What about the cost? A Learjet 60, nowadays, can go for around $2 million, easily less than some of the “cheap” private jets on this list, let alone the bigger and more expensive models on the market.

Last, but not least, Honda’s new entry into the private jet market marks the latest attempt by the Japanese motor giant to expand its brand. Whether or not it succeeds, the $3.7 million price tag certainly lands it on this list.

The plane can be piloted solo or with a partner, can carry six passengers, and is powered by two GE Honda HF120 Turbofan engines that are able to produce 1,880 lbs of thrust. This enables the craft to reach a cruising speed of 483 miles per hour.

The craft is “only” able to boast a range of 1,180 miles. While that isn’t enough to take you on a Transatlantic or Transcontinental flight, it’s more than enough to make it from New York to Chicago in style. 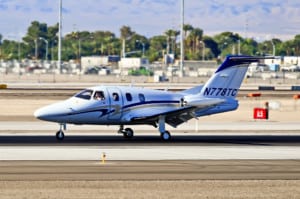 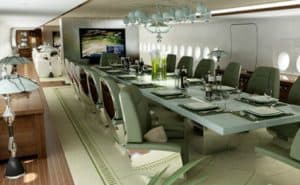 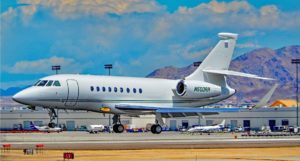 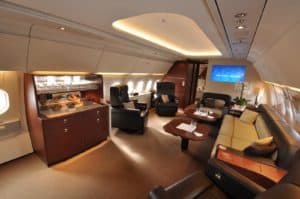 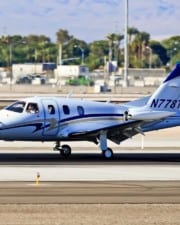 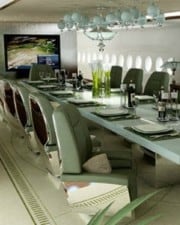 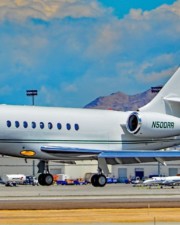 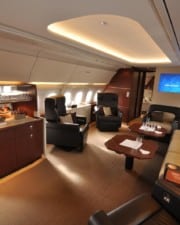