The Eclipse Aerospace EA500 is an American six seater Very Light Jet (VLJ) produced from December 2006 to October 2008. Marketed for private owners, charter services, and as an air taxi, the twin-turbofan aircraft perfectly unites simplicity, dependability and fuel efficiency in a polished and modern casing, with excellent performance and amenities. 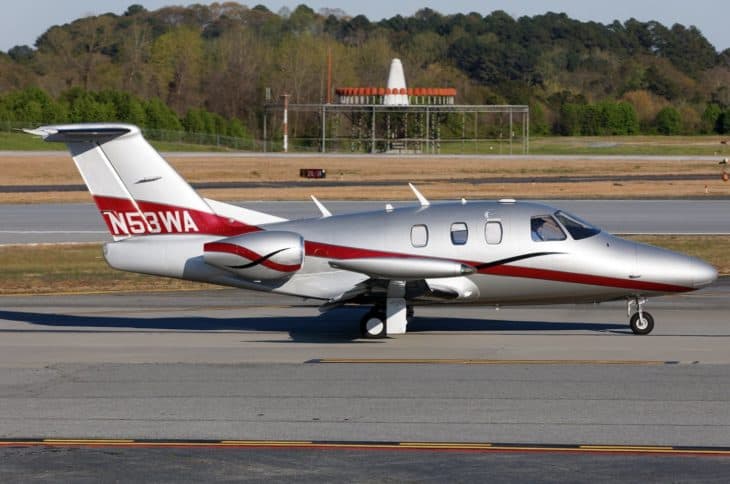 On the 26th of August 2002, the first test Eclipse 500 took its maiden flight. In December 2004, it made another test flight featuring newly installed engines. The Eclipse Aviation Corporation headquartered in Albuquerque, New Mexico initially manufactured the Eclipse 500 before it was purchased by the Eclipse Aerospace in 2009.

In October 2008, production of the aircraft was ceased because of bankruptcy of the Eclipse Aviation on November 25. On February 24 2009, the company engaged in Chapter 7 of Title 11 of the United States code that controls the process of liquidation under the bankruptcy law of the United States. Later on, the Eclipse Aerospace has been approved as the new holder of the assets of the previous company in August 2009.

In 2006, the Eclipse 500 turned into the first of a new class of Very Light Jets (VLJ), a category of small private jet that can accommodate up to eight people on board possessing a maximum take off weight of 4,540 kg or below.

The Eclipse 500 features a traditional aluminum construction with conventional parts such as stringer, frames, clips, and spars. It has an external length of 10.1 meters, tail height of 3.35 meters and fuselage diameter of 1.47 meters. Ducommun Incorporated was awarded to manufacture the aircraft’s fuselage and cockpit skin panels.

The wing of the Eclipse 500 was assembled and supplied by Fuji Heavy Industries with the use of a Friction Stir Welding (FSW) process wherein the skin of the aircraft and the aluminum structure are welded with each other in place of being riveted, as what has been done in a conventional aluminum aircraft. The straight wing has a wingspan of 11.4 meters.

The nose assembly of the aircraft was manufactured by ENAER. The empennage, stabilizers, elevators, and rudder were produced by Hampson Industries., while the radome were manufactured by Saint Gobain, and the tube assemblies by Steico Industries in United States.

The aircraft features a glass cockpit technology and an advanced avionics system. The glass cockpit is equipped with two high resolution primary flight displays and a Multifunctional Display (MFD) that manages and displays aircraft information like flight and navigation.

The cockpit displays and software were initially provided by Avidyne Corporation before it was replaced in March 2007. The new group of manufacturers comprise of Innovative Solutions and Support, Garmin International, PS Engineering, Chelton Flight Systems, and Honeywell; all headquartered in United States. The original system named Avio was replaced by the Avio NG and was certified in December 2007.

The Eclipse 500 is powered by two PW610F engines. These medium bypass turbofan engines from Pratt and Whitney has a maximum thrust of 900 lbf each. It has a fan diameter of 3.68 meters and considered as one of the smallest turbofans that entered production. 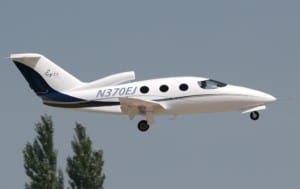 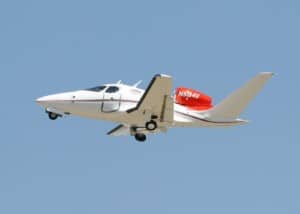