The General Dynamics F-111 Aardvark is developed by General Dynamics in the 1960s as a medium-range interdictor and tactical attack aircraft. The aircraft is also suitable for strategic nuclear bombing, aerial reconnaissance, and as well as electronic warfare. In 1967, the F-111 Aardvark entered service with the United States Air Force. In 1973, it also entered service with the Royal Australian Air Force. 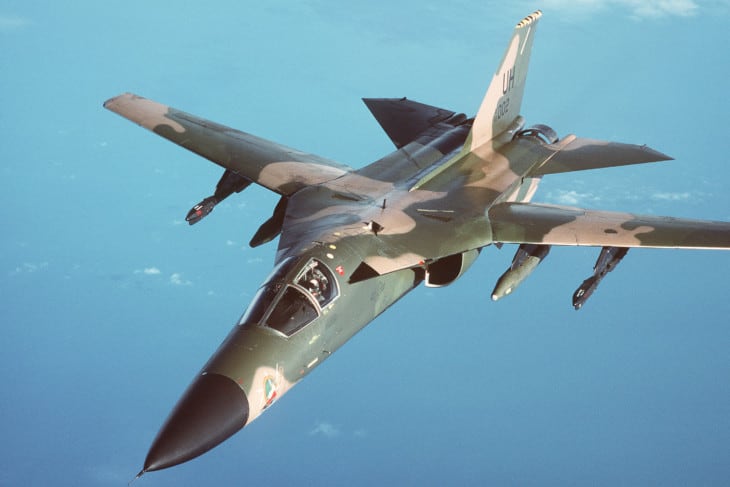 The F-111F version could be loaded with a single 20 mm M61A1 Vulcan six-barreled Gatling cannon in the bomb bay. It has nine hardpoints; eight under the wings and one under the fuselage, plus two attach points in the bomb bay with a capacity of 14,300 kg with provisions to carry combinations of AGM-69 SRAM thermonuclear air-to-surface missile and various bombs such as AGM-130 stand-off bomb, free-fall general-purpose bombs, cluster bombs, hardened penetration bomb, paveway laser-guided bombs, runway-cratering bomb, electro-optical bomb, and nuclear bombs.