The De Havilland DHC-8 is designed and manufactured de Havilland Canada. It was introduced in 1984 with NorOntair as a turboprop regional airliner fitted with two Pratt and Whitney Canada PW100 engines. The Dash 8 was produced from 1983 up to the present. 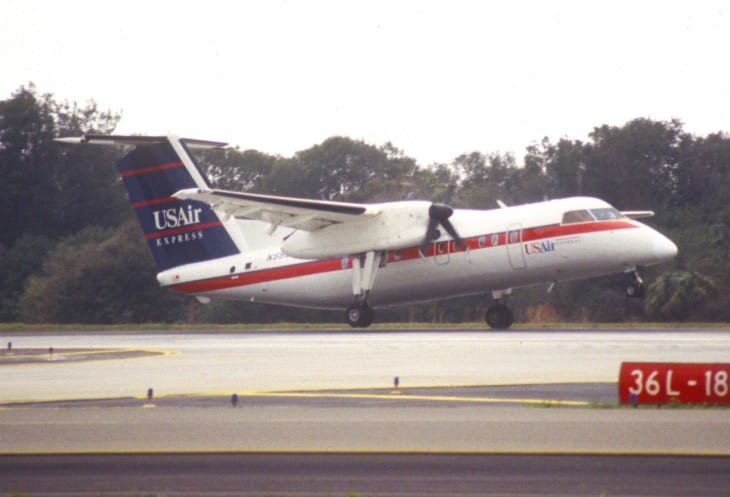 On April 19, 1983, the de Havilland DHC-8 rolled out and obtained over 3,800 hours of test for more than two years during the series of PW100 engine tests. On June 20, 1983, the aircraft took to the skies for the first time. On December 16, 1983, the PW120 engine received its certification. The Dash 8 is a development of the Dash 7 which is equipped with better cruising performance and lesser operating cost, however, without short takeoff and landing characteristics.

The DHC-8-200 has a similar thirty-seven to thirty-nine passenger with the Series 100, however, it was fitted with more powerful engines to boost its performance. The aircraft is powered by two Pratt & Whitney Canada PW123 turboprop engines which produces a maximum thrust of 2,150 shaft horsepower. The engine has two-spool, two-stage centrifugal compressors, reverse-flow combustors, single-stage low-pressure and high-pressure turbines, and two-stage power turbine, and self-contained oil system.

Determining designs of the DHC-8 include the enlarged T-tail configuration aimed to save the tail from prop wash while taking off, a wing aspect ratio of around 12.32 to 13.36 which is considered very high, stretched engine nacelles that hold the undercarriage, as well as a sharp and conical nose. It has a wingspan of 25.89 meters, a wing area of 54.40 square meters, and a wheelbase of 7.8 meters.