The Shenyang J-6 is the Chinese-built version of the Soviet MiG-19 Farmer fighter aircraft. It was produced from 1958 to 1986 with a total of over 4,500 units built. 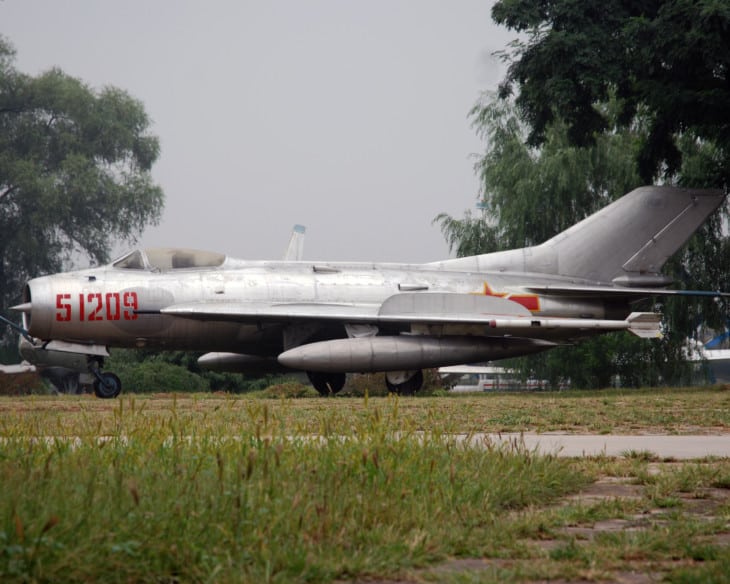 Despite the comparably short life span of the MiG-19 in service with the Soviet Union, the Chinese had known the worth of the fighter’s agility, turning capabilities, and powerful cannon armament which made them build and produce their own between 1958 and 1981. Although the MiG-19 has been retired around the world, the Shenyang J-6s are still operational for nine of its initial fifteen operators, but in a very numbered capacity.

The aircraft was considered of no use and was planned to be operated for just one hundred flight hours prior to being overhauled. The Pakistan Air Force was able to stretch it to one hundred and thirty hours with careful maintenance.

It can last up to 1 hour and 43 minutes clean, or 2 hours and 38 minutes with a drop tank. The takeoff run is 900 meters at full military power while 515 meters with full afterburner and the landing run is 610 meters with brake parachute or 890 meters without.

The aircraft is powered by two Wopen WP-6A afterburning turbojet engines. It has a single-spool 9-stage axial compressor and produces a 5,730 lbf thrust each dry or 7,160 lbf with afterburner. The J-6 has a maximum takeoff weight of 8,832 kg with drop tanks and rocket pods.