The Shenyang J-15 is a 4th generation, twinjet, all-weather, carrier-capable multirole fighter in development by the Shenyang Aircraft Corporation and the 601 Institute for the Chinese People’s Liberation Army Navy’s aircraft carriers. 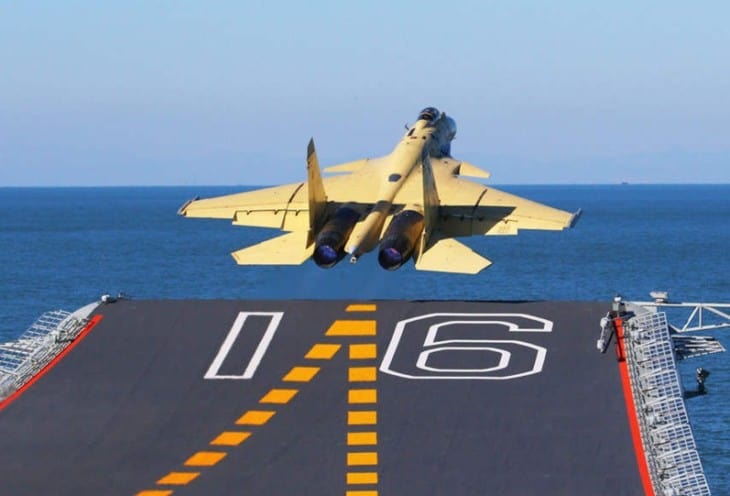 The Shenyang J-15, also known as the Flying Shark is a carrier-borne air superiority fighter. Its development was hulled in controversy. Russia claims that the Chinese have breached intellectual property agreements by building their type of Russian Sukhoi Su-33 fighter jet. This occurrence lead to the end of negotiation between the two powerful countries in 2006.

In 2006, the J-15 program officially began. On August 31, 2009, the first prototype conducted its first flight and was believed to be fitted by Russian-inspired AL-31 turbofan engines. In July 2010, videos and still images of the aircraft in flight were reported, having similar standard airframe design as the Su-33. On May 6, 2010, the J-15 took its first takeoff from a simulated ski-jump.

On November 25, 2012, it successfully accomplished its first takeoff and Landing on Liaoning, the first aircraft carrier of China. On November 4, 2012, a twin-seat version conducted its maiden flight. The original WS-10 engines proved to be not reliable under oceanic conditions, and the initial J-15s were powered by Russian-made AL31F. After some years, WS-10 entered production and the later versions of the aircraft were slowly replaced with enhanced WS-10.