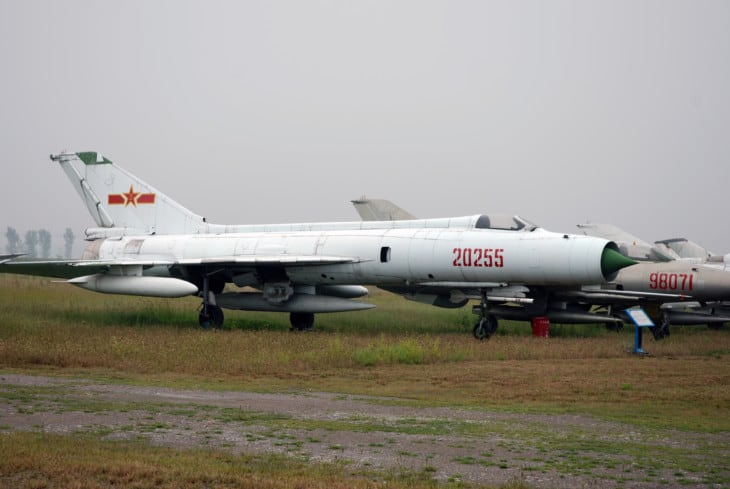 Shenyang-J-8’s design was typical and very alike to the previous aircraft of the Soviet Union. The cockpit was located onward the fuselage designed with a cone-shaped nose. The two engine intakes were positioned to each side of the fuselage and fitted behind the cockpit, providing a comparatively better and wider view for the pilot. The aircraft had the same low-mounted wings as the Mikoyan- Gurevich MiG-21. The wingspan is 9.34 meters and the wing area is 42.2 square meters. The tail assembly is made of a conventional configuration of elevators and a vertical stabilizer. The external length of the J-8 is 21.6 meters, the height is 5.41 meters and the fuselage diameter is 1.2 meters. It has a wheelbase of 7.1 meters. The aircraft’s exterior was based on the Sukhoi Su-15 Flagon while most of the interior was derived on the Mig-21.

The aircraft was armed with different air-to-air missiles such as the PL-2 IR-homing short-range air-to-air missile (SRAAM). It was initially equipped with 2×30 mm Type 30-1 cannons. It was also proposed to be fitted with the PL-4, a semi-active radar homing (SARH) air-to-air missile, however, problems had emerged and the plan was scrapped in 1985. The aircraft could also be loaded with guided and unguided bombs and rockets.

The J-8 is powered by two Guizhou WP-13B afterburning turbojet engines. It has a two-spool axial compressor and a can-annular combustor. Each engine produces a 10,580 lbf dry thrust or 15,430 lbf with an afterburner. The aircraft has a maximum speed of 1,200 knots and a combat range of 540 nautical miles with 3 drop tanks. The service ceiling is 59,000 feet and the rate of climb is 39,370 feet per minute. The takeoff and landing distances are 630 meters and 900 meters, respectively.