Designed to be the perfect combination of power and speed, the ERJ 140 is a durable and reliable jet that is not only great on fuel, but also incredibly comfortable. It’s an obvious option for any airline looking to expand, and a great choice for passengers wanting a comfortable flight. 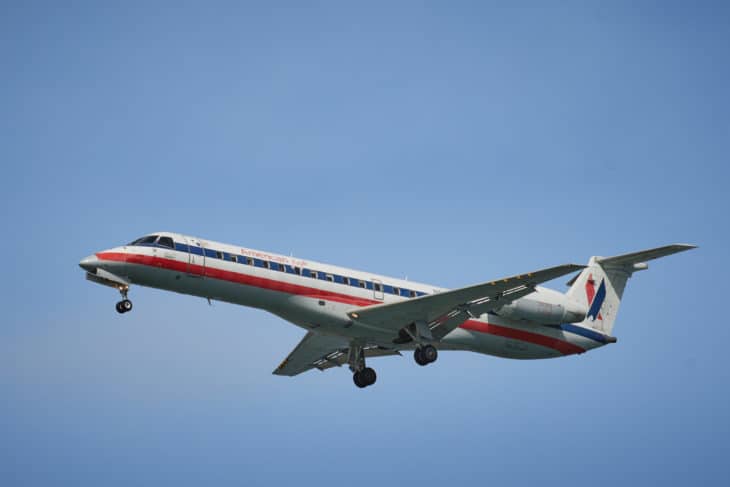 The ERJ 140 is a slightly smaller member of the ERJ family of Embraer jets, but is still just as reliable and durable as the smaller ERJ 135. This jet is designed to increase profitability for the airline while still ensuring that the passengers are as comfortable as possible. This jet features a 44-passenger capacity and has been in service since July 2001.

The ERJ 145 is a powerful but long aircraft. To ensure that they were able to meet the needs of their customers, Embraer released two shorter versions. The 140 is 1.42 meters shorter and boasts an impressive 96% parts commonality with the powerful ERJ145.

The only major differences between the 140 and 145 is that the 140 has an increased range, a derated engine, and a shorter fuselage. The design with fewer seats was on purpose to meet the needs of major airlines in the US, which limits how many 50-seat aircraft can be flown. The estimated cost of the ERJ 145 is $15.2 million.

Since this powerful aircraft shares so many parts with others in the same series, maintenance and repairs are both relatively fast and easy. This is great, as it ensures that the aircraft can get back in the air right away. Sao Paulo is where the facilities for testing, assembly, and integration of all systems is located.

Sonaca of Belgium, Gamesa of Spain, and Norton all provide some of the parts that are required for this aircraft.

Like other aircraft in the ERJ series, this aircraft boasts a prime avionics suite from Honeywell Primus. It offers plenty of control as well as multiple warning systems such as ground warning, heading and reference, and collision avoidance, to ensure safety in the air.

Large displays offer all of the information that pilots need to stay safe and to remain in control of the aircraft.

While the cockpit is a bit dark so that pilots can easily focus in quiet when flying the plane, the cabin is brightly lit and supplies plenty of light and comfort for the passengers. There is plenty of room in the overhead storage compartments, as they feature retractable panels to save space. Additionally, there isn’t a middle seat on this plane, and passengers sit three across.

There is a 31-inch seat pitch and can passengers enjoy either an aisle or window seat. There are three galley arrangements that airlines can choose from so they can offer customized catering and cabin service.

All cabins are designed to ensure that flight staff can easily access and maintain the cabin and serve all passengers during the flight.

Powerful Rolls Royce engines give the CRJ 140 the power and thrust it needs to safely get off the ground. It has a maximum usable fuel available of 5,136 kilograms. Versions of the Rolls Royce AE 3007A engines provide plenty of thrust and are rated at 31.3kN, giving more than enough power to reach the proper altitude.

This powerful aircraft has a maximum cruising speed of M 0.78. It just takes sixteen minutes to reach the maximum altitude. The take-off length is 1,850 meters, but it only requires 1,380 meters to land. With a service ceiling of 37,000 feet and an impressive range of 3,058 kilometers, it’s easy to see how this powerful aircraft has become such a favorite.

The landing gear on this aircraft is the typical retractable tricycle-type. Forward retracting nose landing gear works in tandem with the powerful landing gear. Additionally, a Hydro-Aire brake-by-wire system for braking when on the landing strip helps to keep the aircraft as safe as possible.

Most of the competition for the ERJ 140 comes from Bombardier’s CRJ jets. While the Sukhoi Superjet 100 is larger, this regional jet is also considered competition. It seats between 75 and 95 passengers.

Unsurprisingly, the ERJ 140 has a lower average operating cost per block hour. While it can vary, it generally runs around $856-$1,285.

Detailed information, specs, seating, operating costs, interior, features and pictures of the Embraer ERJ 140 regional jet aircraft.
Also dont forget to view the complete line up of Embraer passenger jets and private charter aircraft models
or you may this aircraft with the Embraer 190 jet
and the Embraer 170 jet.