This powerful commercial jet is one of the options manufactured by Embraer and designed to provide long-distance travel with comfort. It’s a reliable option and is currently in service with a number of reputable airlines, making it a wonderful option for all passengers. 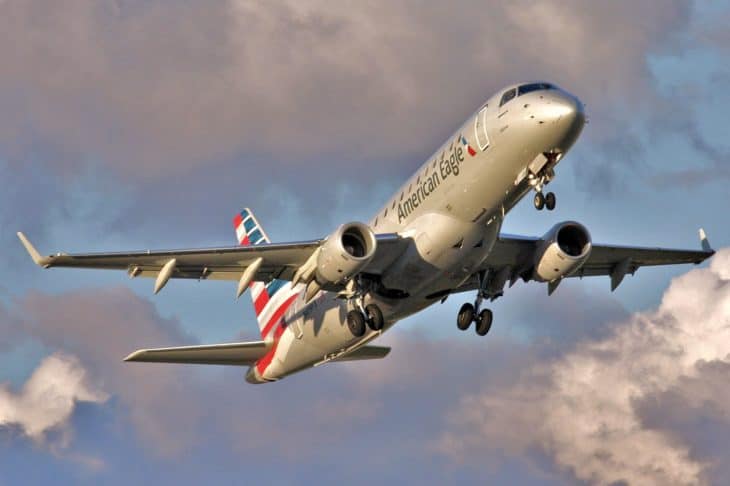 A member of the E-Jet family, the 175 is currently used by 12 different airlines, including Jet Airways, Republic Airlines, Air Canada, Northwest Airlines, and more. There are more than 150 of these jets in operation today.

A recent program was launched to improve the Embraer jets, including the 175. This program is designed to reduce fuel by 5%, helping cut costs and also save the environment. These jets are being augmented with system refinements, new wingtips, and improved aerodynamics to make them better suited to use for longer periods of time without using as much fuel.

One of the key features of the 175 is that it offers such easy and fast maintenance. This is in part because around 86% of all spare parts of this jet are common to others in the same Embraer family. The fly-by-wire technology in the cockpit, the cockpit itself, and other systems throughout the jet are common to the family, making maintenance and repair fast and easy.

Orders for the 175 started being made in 2012. In 2013, United Airlines ordered 30 jets, although it took a whole year for the first one to be delivered.

Other orders came from Trans States Holdings, American Airlines, Republic Airways, SkyWest, and Mauritania Airlines, quickly growing the business of this jet and making it a very common sight in the skies today.

This aircraft is a low-wing, monoplane design that has a conventional tailed body. The cost-effective design has improved features so that the jet isn’t just the bare bones, but also provides ample comfort to all passengers. The low weight of the aircraft provides a surprisingly high-payload capacity.

There are two seats in the cockpit for the pilot and the co-pilot, providing great access to systems and controls. The cockpit has been insulated for both temperature and acoustics. A locking door separates the cockpit from the cabin, and the pilot and co-pilot have access to hand wheel steering, a hand microphone, and circuit breakers.

This jet can easily support between 78 and 88 passengers. The fuselage design of the jet is purposeful, to ensure that passengers can enjoy as much personal space as possible. With a height of 2 m, the 175 is very similar to other Embraer jets. The length of the cabin is 21.2 m, and the width is 2.74 m. It has a double bubble design to ensure that the seats and the aisle are as wide as possible, and passengers seat four across.

The design of the cabin improves cargo and baggage capacity. Thanks to large windows, near-vertical sidewalls, and space for stretching out, this jet provides a roomy and comfortable flying experience.

The GE CF 34-8E engines are located under the wings on this jet. They are fully interchangeable and provide a thrust-to-weight ratio of 5.41, as well as a maximum thrust of 14,200 to the jet. The dry weight of the engine is 2627 lbs and they are compliant with stage 3 and 4 standards.

Like with other Embraer aircraft, this jet has tricycle-type, twin-wheeled landing gear. It’s durable and designed to allow for great landing and take off. This is the same landing gear used for many of the Embraer E-jets, which speaks to its durability and reliability. Since the same landing gear is used on so many jets, Embraer can easily handle maintenance and repair quickly.

All of the members of the Embraer E-jet family are consistently dealing with competition from other major players in the aircraft world. Some of the most common competitors for the 175 include the Mitsubishi MRJ-70, as well as the Comac ARJ21. These aircraft, as well as others from Bombardier, Sukhoi, and even Antonov, compete regularly to be the top aircraft in the skies today.

What kind of plane is Embraer 175?

The Embraer 175 is a twin-engine, medium-range jet airliner produced by Brazilian aerospace manufacturer Embraer. It is capable of carrying up to 78 passengers and has a range of 2,485 miles. The aircraft is used by major airlines around the world, including American Airlines, United Airlines, and Delta Air Lines.

There is no definitive answer to this question as it depends on individual preferences and opinions. Some people may find the Embraer 175 to be an excellent plane while others may not be as impressed. Ultimately, it is up to the individual to decide whether or not they believe the Embraer 175 is a good plane.

Prices for the ERJ 175 can vary depending on a number of factors, such as the specific model, age of the aircraft, and overall condition. Generally speaking, the ERJ 175 is an expensive plane and can cost upwards of $30 million.

What are the dimensions of an ERJ 175?

The Embraer 175 is considered to be a medium-sized plane. It is not as large as a 747, but it is still significantly bigger than a small private jet.

Again, this is a matter of opinion. Some people may find the seats to be comfortable while others may not. It is important to note that the plane does have 78 seats, so it can get crowded if it is full.

Flying in a Embraer 175 is generally a positive experience. The plane is relatively quiet and smooth, and the seats are comfortable. However, as mentioned before, it can get crowded if the plane is full.

How advanced is the Embraer 175?

The Embraer 175 is a relatively advanced plane. It is equipped with state-of-the-art safety features and technology, and it meets all of the latest aviation standards.

What airlines fly the Embraer 175?

There are a number of airlines that flyEmbraer 175, including American Airlines, United Airlines, and Delta.

Can you carry-on luggage on a Embraer 175?

Yes, you are able to bring carry-on luggage on a Embraer 175. However, it is important to note that the plane does have limited storage space, so you may have to check your bag if the overhead bins are full.

How wide are the seats on an Embraer 175?

What is the weight limit for luggage on an Embraer 175?

The weight limit for luggage on an Embraer 175 is 50 pounds per bag.

Yes, there is Wi-Fi.