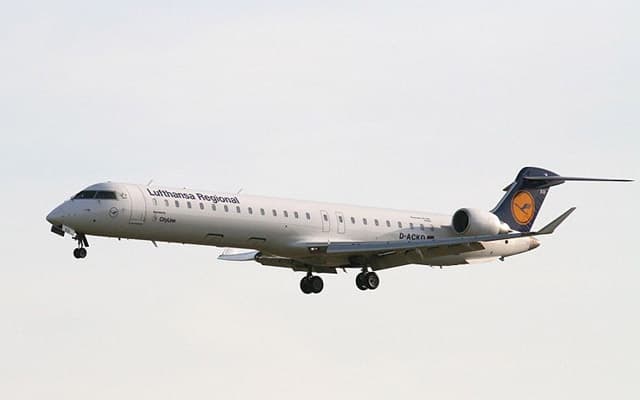 Airlines need to do their best to continually upgrade their jets to meet their customers’ high standards. As a regional jet, the CRJ-900 has been going strong for almost 3 decades. The Canadair Regional Jet has recently received some interesting upgrades that make it a much better experience for passengers.

You might be aware that Delta Airlines has been upgrading its fleet of planes since around 2016. They have made many positive changes and this has lead to greater customer satisfaction. If you’re a regular Delta customer, then you’ll be happy to know that things have been made a lot more comfortable. The new version of this plane is quite the upgrade from what it was before.

Take a look at the information below to get a better idea of what the new Bombardier CRJ 900 is offering passengers. This version of the plane has managed to significantly improve passenger comfort levels and it should be a popular change that receives a lot of praise. You’ll be able to feel informed and will know what to expect if you’re booking a flight on one of these sometime soon. It’s always best to know what’s going on so read on to get all of the important details.

You should know that everything about the Bombardier CRJ 900 has been upgraded from a passenger’s point of view. The seats have been made roomier due to changes in the cabin and the overall look of the interior is quite nice as well. Some of the benefits of these design changes include larger overhead bins, better lighting, and windows that are much more user-friendly. Taking a look at the overhead bins will show you that they are 40% larger than they were before, allowing you to fit your carry-on bags up there without having to force them.

Even the flight attendant space has been upgraded on this plane. Flight attendants will have a larger entrance area to make use of with a galley in the front area of the plane. It makes the entire experience a lot easier for flight attendants and should lead to less fatigue due to having to work in cramped environments. Accessing items will be far easier and there is more room to spread out when giving instructions.

There are now 38 total economy seats on this plane but everything is roomier since they have reduced the number of seats from the previous 44. One of the big upgrades is the fact that economy seats have access to power now. Each row is going to have a power outlet for passengers to make use of. This allows you to keep your phone charged and is just more convenient than it used to be.

The windows on the plane need to be talked about in more detail too. They used to be very small and only offered a little bit of insight into what was going on outside of the plane. The new windows are large and give you the ability to see a whole lot more. It can make it a lot more fun to see the city lights coming up when you’re approaching your destination.

The rear bathroom has been made to be roomier than it was on the old CRJ 900 model. It gives you more room to move around and you shouldn’t feel quite so cramped while making use of it. This is significantly more practical than it used to be and it’s certainly a solid upgrade.

Of course, there are also the special business-class Comfort+ seats that need to be addressed. These have also received some upgrades and this allows people to experience increased comfort levels during the flight. There are five total rows of these seats, which winds up adding up to 20 available Comfort+ seats. This is the same number of these seats that were available before in the previous iteration of the CRJ 900.

These seats are going to give you three extra inches of legroom. This makes it a whole lot easier to stretch out and settle in for your flight. There are even added perks for being a Comfort+ passenger. One of the best perks is that you will be able to receive free cocktails during the flight.

Interestingly, these free cocktails are even made available during shorter flights. It makes it easy to take advantage of the hospitality. You’ll also have access to the in-seat power and a USB port, just the same as the economy seats. Overall, these special Comfort+ seats are worth it for those who want more legroom than usual.

Some changes have been made to the first-class area as well. It maintains the same seat configuration as the rest of the plane. Using the standard 1-2 configuration, this plane winds up having 12 first-class seats available. The single seats that are located by the port-side windows are especially appealing. They’re spacious and allow you to feel as though you have ample personal space, making longer flights a lot easier to get through than usual.

The double seats wind up giving you plenty of room as well. The only potential gripe is that the center console is somewhat narrower than you might be used to if you fly with larger airlines in first-class. That being said, the overall experience in all first-class seats is great. Every seat has access to power outlets and USB ports, making it easy to charge all of your essential devices.

Another important change to the first-class area has to do with the overhead bins. These have been made far larger and feature 50% more space than they did in the past. This is a huge leap and it makes it possible to fit several rolling suitcases in there when you place them in the overhead bins vertically. This makes a big difference and it is something that will improve your travel experience more than you might think.

Bathroom areas have also received a bit of an overhaul. The forward-facing bathroom has approximately 90% more space, making it a lot easier to move around in there. You’ll even have more vertical space to make use of since things have been made three inches higher. Handicapped passengers or others who are in wheelchairs can make use of this bathroom readily since it is large enough to accommodate them.

The cockpit uses a two-pilot flight deck setup. It is fitted with a Rockwell Collins Pro Line 4 six-tube EFIS as well as an EICAS. The aircraft also has a Flight Dynamics HGS 2000 heads-up display and guidance system.

This aircraft is being powered by two GE CF34-8C5 turbofan engines. It is fitted with full authority digital engine control as well.

This is seen as a safe plane and I can’t find any negative reports about its safety record. You should be able to feel comfortable while flying on one of these.

I couldn’t find any incidents or accidents involving a CRJ 900. This should give you complete confidence when you’re about to fly on this plane. It has a good track record and should get you to your destination safely.

The Bombardier CRJ 900 has been upgraded significantly and now feels as if it is a completely different plane. You will be able to make use of a roomier cabin area and all of the seats feel better due to the changes. First-class seats have been upgraded a lot and so have the Comfort+ seats. Even the economy seats now have access to power outlets in their rows and the bathrooms are much larger.

All of these new features come together to paint a very positive picture. If you didn’t like the Bombardier CRJ 900 in the past, then that is likely to change now. Flying on this plane is an overall pleasant experience and it’s something that you’ll look forward to. Don’t hesitate to book a flight on one of these planes if you have a trip coming up as the ample improvements have really changed things for the better.

You may also choose to view all other current aircraft models from Bombardier Aerospace, or compare this aircraft with other commercial passenger airplanes the Bombardier CS300, Bombardier CRJ 1000 and Bombardier Q400.