After having fought multiple wars European nations were finally able to unite as a union. A logical next step was to collaborate on military research and development. A number of military projects have since come out of the EU. These are the 6 best European fighter jets.

Fighter aircraft are a critical part of any air force as it gives protection and security for the troops on the ground. Designed mainly for air to air combat against opponent aircraft, the primary tactical purpose of fighter jets is to create air superiority to protect their airspace from threats.

A fighter jet is a fixed-wing aircraft used by the military principally designed for air combat maneuvering in opposition to its rival aircraft. In addition to its firepower key feature, it also showcases high-speed performance and maneuverability while establishing air supremacy over the battlefield.

Attempts to attain air superiority that lead to victory depends on various factors such as the mastery of its pilot, the strategies in which their fighters are deployed, and the numbers and performance of the fighter jets. Though It all starts with the technology the pilot is commandeering. Years of research and development goes into these fighter jets, and billions of Euros are spent as a result.

Different brands of powerfully well-built fighter jets produced by influential countries fought on the battlefield since the early years. American fighters have often been on the lead when it comes to aerial battles. However, despite being outnumbered history cannot deny the competency, capability, and performance of European fighter jets.

Before WW2 nations mostly independently developed their military. Germany invested immense amounts of money into their Luftwaffe between WW1 and WW2. These days it’s all about collaboration in the European Union.

In recent years, Spain collaborated with France and Germany in a project to build the next generation of warplane and enhance European defense. This new project will complement and take over two legendary European middle-weight fighter aircraft, the Typhoon and the Rafale around 2040.

For the time being, here are the seven European’s best fighter jets that ruled the history of aerial combat:

The Mirage III is an interceptor aircraft and the first Western European fighter jet to transcend the speed of Mach 2 in horizontal flight. The most successful variant of the Mirage family conducted its first flight on November 17, 1956. It is usually loaded with different air-to-ground weaponry or R.550 Magic short-range air-to-air missile.

The Mirage III has a maximum speed of 1,270 knots at 39,000 feet and has a combat range of 650 nautical miles. It is powered by one SNECMA Atar 09C afterburning turbojet engine and one SEPR 841 liquid-fueled rocket engine.

The Jaguar is technically an attack aircraft, but I thought it deserves a place on the list anyhow due to its success. The SEPECAT Jaguar was a joint project between the British Royal Air Force and the French Air Force.

In Europe, the Jaguar was in service from 1973 till 2005 in France and 2007 in the UK. The aircraft was exported to many countries in the Middle east, Africa and South America. A total of 543 were made. The Jaguar remains in service with the Indian Air Force.

In Europe, the SEPECAT Jaguar was replaced by the Eurofighter Typhoon, Panavia Tornado and Dassault Rafale.

The Panavia Tornado is a swing wing multirole and strike aircraft manufactured by three powerful countries- Italy, the United Kingdom, and West Germany. It conducted its first flight on August 14, 1974, and entered into service in 1979 to 1980. The Tornado has three major versions: the Tornado IDS (interdictor/strike) fighter-bomber, the Suppression of Enemy Air Defenses (SEAD) Tornado ECR (Electronic Combat/Reconnaissance), and the Tornado ADV (Air Defense Variant) interceptor.

The Dassault Mirage 2000 is a fourth-generation multirole fighter developed in the late 1970s. The French jet fighter is manufactured by Dassault Aviation as a replacement for the Mirage III. The prototype conducted its maiden flight on March 10, 1978, and has been in service with the French Air Force since 1984.

The Mirage 2000 features a delta-wing configuration for greater internal fuel loads and is the first Dassault aircraft that utilized the fly-by-wire control technology. It also features the HOTAS (Hands-On Throttle and Stick) control, Head-Up Display, and CRT display screens in the cockpit. The fighter jet is designed to carry a range of missiles such as MBDA MICA IR/RF, Matra R550 Magic-II and Super 530D air-to-air missiles, and an Am.39 Exocet air-to-surface missile.

The Dassault Rafale is a multirole fighter developed by a French company, Dassault Aviation. Development began in the late 1970s, followed by the prototype’s maiden flight on July 4, 1986. It is designed to demonstrate air superiority, air interdiction, aerial reconnaissance, close-air support, anti-surface warfare, and nuclear warfare.

The Rafale features a fully optimized airframe with a delta wing and close-coupled canards which is key to its combat performance. It also boasts a wide range of smart and discrete sensors, the sheer power of multi-sensor data fusion, full range of advanced weapons, built-in supportability and mission readiness, and low operating cost.

This fighter jet can fly at altitudes of 49,984 feet with a maximum speed of 1,032 knots. It has a combat range of 1,000 nautical miles on penetration mission with three tanks, two SCALP EG or General-Purpose Long-Range Cruise Missile, and two MICA or Interception, Combat, and Self-Defense Missile.

The Saab JAS 39 Gripen is a Swedish light multirole combat aircraft manufactured by Saab Group. Development studies for an aircraft capable of fighter, attack, and aerial reconnaissance commenced in 1979. The first aircraft conducted its maiden flight on December 9, 1988, and entered service with the Swedish Air Force in 1996.

The JAS 39 Gripen can fly at a maximum speed of 1,330 knots. It has a combat range and ferry range of 810 nautical miles and 2,200 nautical miles respectively. This multirole fighter can fly up to 52,000 feet.

The Eurofighter Typhoon is a multirole combat aircraft that began development in 1983 and is the largest multinational military joint effort administered by its main customer, the NATO Eurofighter and Tornado Management Agency (NETMA). The prototype took its maiden flight on March 27 1994 and has adopted the name “Typhoon” in September 1998.

This world’s most advanced new generation swing-role combat jet features simultaneously deployable air-to-air and air-to-surface capabilities. It is an extremely agile fighter because of its relaxed stability that was intentionally designed enabling it to perform both at supersonic and at low speeds. It features a quadruple fly-by-wire control system, Defensive Aids Sub System, and armaments such as Mauser BK-27 revolver cannon, air-to-air and air-to-surface missiles, and bombs. 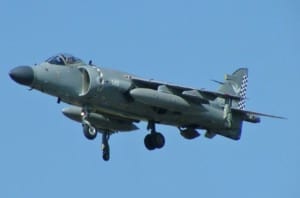 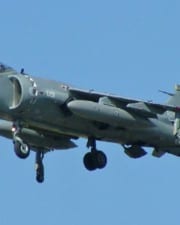