The Yakovlev Yak-52 is a two-seat primary trainer aircraft of the Soviet Union which took its first flight in 1976 and was introduced in 1979. The aircraft was built as an aerobatic trainer used by the students of the DOSAAF (Volunteer Society for Cooperation with the Army, Aviation, and Navy) training organization. For training civilian sports and military pilots. The Yak-52 was produced from 1978 to 1998. 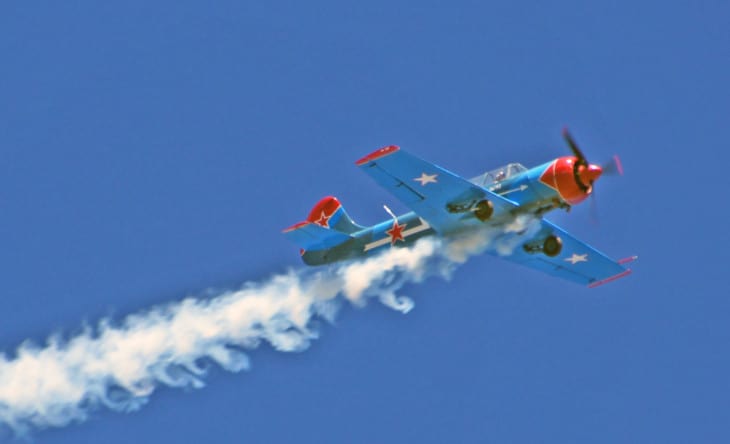 The Yak-52 is an all-metal trainer developed from the single-seat aerobatic Yakovlev Yak-50. In 1976, the Yak-52 conducted its maiden flight and was introduced in 1979. The aircraft was equipped to operate in unpaved runways and rough conditions. It is also designed with a substantial pneumatic system.

The Yak-52 was produced in Romania by the manufacturing company Aerostar in Bacau, Romania from 1977 to 1998. It was designated as the Iak-52. The monocoque with steel tube construction fuselage has an external length of 7.74 meters, an external height of 2 meters, a tail height of 2.7 meters, and a fuselage diameter of 0.9 meters.

The retractable tricycle landing gear has a wheelbase of 1.9 meters, while the wingspan and the wing area is 9.5 meters and 15 square meters, respectively. It is a two-seat trainer aircraft powered by a single Vedeneyev M-14P radial engine. The engine is a Russian nine-cylinder, four-stroke, air-cooled radial with centrifugal, single-stage, single-speed supercharger, floatless carburetor fuel system, gear-type pump oil system, and left-hand tractor reduction gear.