The Yakovlev Yak-18 is a tandem military primary trainer aircraft built by the Yakovlev design bureau in the Soviet Union. It was initially fitted with a single Shvetsov M-11FR-1 radial piston engine rated at 160 horsepower. The aircraft entered in service in 1946 and was produced as the Nanchang CJ-5 in China. 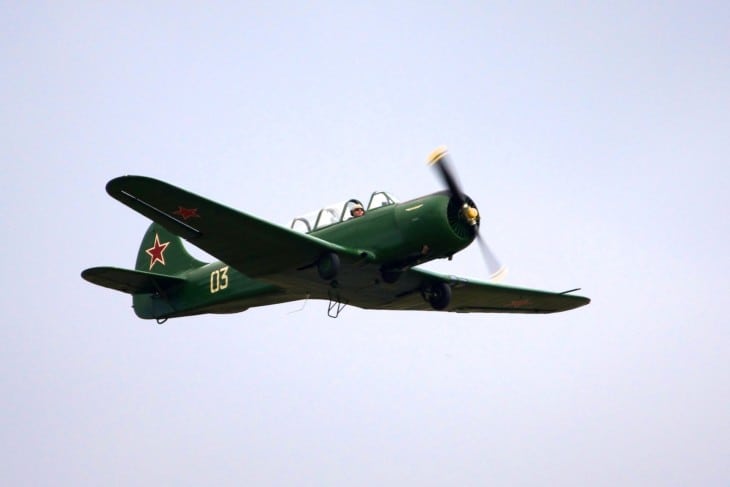 The initial production version of the aircraft designated as Yak-18 was fitted with retractable main landing gear and fixed tailwheel. It is powered by a Shvetsov M-11 five-cylinder radial engine rated at 160 horsepower thrust. The Yak-18 featured a pneumatic system and served as a trainer aircraft and took its first flight in 1946. It was produced until 1956.

The Yak-18 became popular as a night bomber in service with the North Korean Air Force throughout the Korean War. In 1951, it also gained popularity for its international speed record. Afterward, the need for tailwheel type landing gear trainer aircraft lessened that led to the manufacturing company to re-design the aircraft with newly fitted retractable tricycle undercarriage and a more powerful engine. The new version was designated as Yak-18A.

The aircraft is powered by a single Ivchenko AI-14RF nine-cylinder, air-cooled radial engine which produces a maximum thrust of 300 horsepower and drives a two-bladed variable-pitch propeller. It has a maximum speed of 160 knots and a travel range of 380 nautical miles.

The aircraft has a maximum payload of 180 kg and a fuel tank capacity of 75 US gallons.

A total of around forty original Yak-18s exist around the world. Five of them are in the United States, three in Europe, and one in China- all of these are still operational.