The Yakovlev Yak-11 is a trainer aircraft in service with the Soviet Air Force and other air forces influenced by the Soviets in 1947 up to 1962. Developed and manufactured by Yakovlev Design Bureau, the aircraft was introduced in 1946 and retired in 1962. 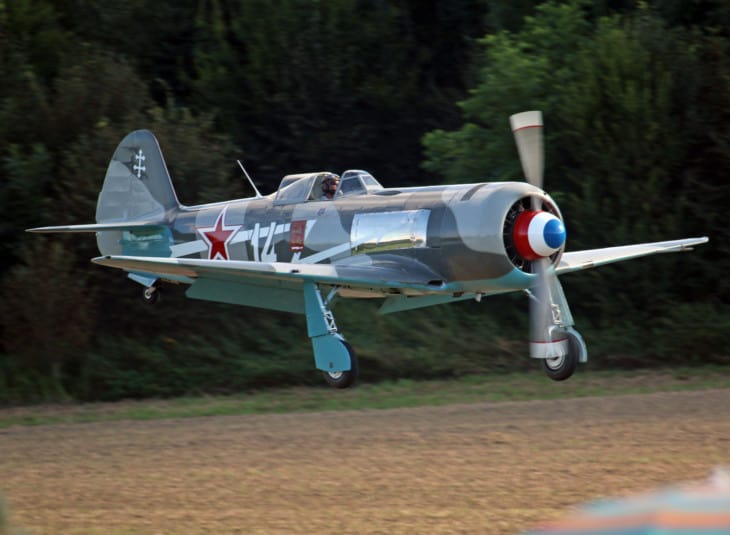 In mid-1944, the Yakovlev design bureau started the development work on a new advanced trainer derived from the Yak-3 single-engine fighter, however, the trainer aircraft was of no great priority due to the continuing World War II.

In late 1945, the first prototype with the designation Yak-UTI or Yak-3UTI took to the sky for the first time. The prototype was derived on the Yak-3U except for the newly installed Shvetsov Ash-21 seven-cylinder, single-row, air-cooled radial that replaced the former ASh-82 of the Yak-3U. The prototype had a similar all-metal wing structure and a compounded metal and wood structure of the fuselage.

The stretched-out canopy with different sliding hoods accommodates the pilot and the observer in a tandem configuration. The Yak-UTI was armed with a 1×12.77 mm Berezin UB gun synchronizer and two 100 kg of bombs in the wing racks.

In 1946, an enhanced prototype took to the sky, incorporating improved cockpits and a reworked engine being installed on shock-absorbing mounts.

In October 1946, the prototype made it through state testing, and in 1947, it successfully went into production in Saratov and Leningrad factories. Production aircraft weighed more compared to the prototypes and the following batches were equipped with non-retractable conventional landing gears and modified propellers.

The Yak-11 was armed with an optional 7.62 mm ShKAS machine gun as a substitute for the UBS, and others were equipped with rear-vision periscopes located over the windscreen. From 1947 to 1955, a total of 3,859 Yak-11 was produced in the Soviet. The aircraft was also license-built in Czechoslovakia with a total of 707 produced. It was designated as C-11 by Let Kunovice.