The Yakovlev Yak-12 was designed and manufactured by the Yakovlev design bureau and was introduced in 1947. The aircraft was in service with the Soviet Air Force, Soviet civilian aviation, and several other countries. The Yakovlev Yak-12 is a light multirole STOL aircraft developed from Yak-10. 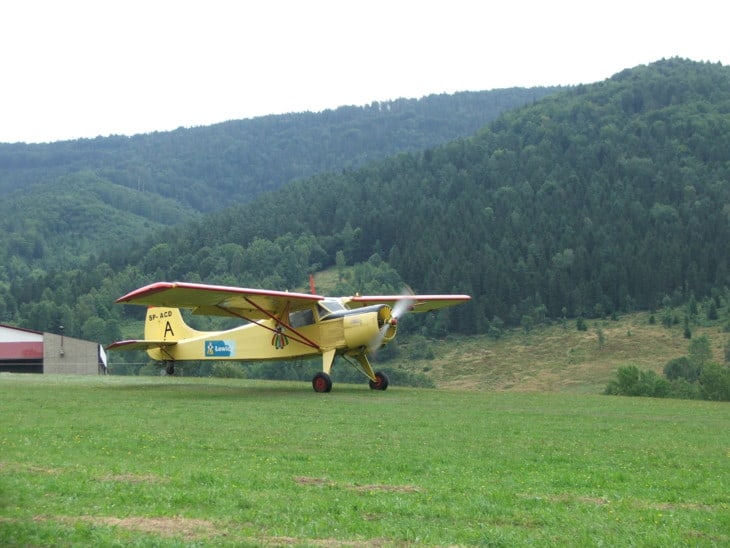 The Yakovlev Yak-12 was developed by the Yakovlev design bureau due to the need of the Soviet Air Force for a new liaison and utility aircraft in 1944. It was meant to take over the Po-2 biplane that was already obsolete.

The Yak-12 was also intended to be in service with civil aviation to replace the AIR-6 light utility aircraft. The initial proposal of the design bureau was the Yak-10, a four-place high-wing aircraft developed in January 1945. In 1947, the Yak-10 was replaced by the Yak-12, equipped with an improved engine, modified wings and landing gear, and a revised fuselage. In the same year, the Yak-12 took to the air for the first time.

The Yak-12 has an external length of 9 meters, an external height of 2.4 meters, a tail height of 3.12 meters, and a fuselage width of 1.2 meters. The conventional fixed landing gear has a wheelbase of 6.6 meters. The high wings have a wingspan of 12.6 meters and a wing area of 23.8 square meters.

The Yak-12R is powered by a single Ivchenko AI-14R engine. It is a nine-cylinder, air-cooled, radial piston capable of producing 256 horsepower of thrust. The engine has a single-stage, single-speed, geared centrifugal superchargers, carburetor fuel system, and an air-cooling system.

It also has a 2-bladed fixed-pitch propeller. The aircraft has a maximum speed of 98 knots at sea level, a cruise speed of 69 knots, and a landing speed of 44 knots. It has a travel range of 413 nautical miles. It can fly up to 13,650 feet and can climb at a rate of 810 feet per minute.