The Tupolev Tu-114 was designed by Tupolev as a turboprop powered long range airliner built beginning May 1955 in the Soviet Union. Introduced in April 1961, it was the biggest and the fastest passenger aircraft during the time which also featured the longest range of almost 6,000 nautical miles. Since 1960, the Tu-114 held the official record of being the fastest propeller-driven aircraft in the world. 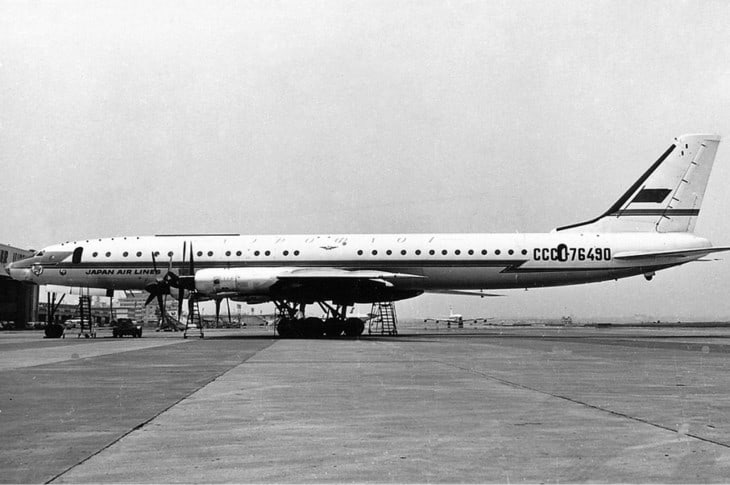 In August 1955, the Council of Ministers and Ministry of Aircraft Production issued a requirement to build a large and fast aircraft with a 4,971-mile range. The Tupolev Design Bureau began to develop an airliner derived from the Tupolev Tu-95 turboprop-powered strategic bomber, fitted with four Kuznetsov NK-12 turboprop engines with contra-rotating propellers. On November 15, 1957, the prototype performed its maiden flight. On April 24, 1961, the Tu-114 was introduced.

The aircraft is powered by four Kuznetsov NK-12MV engines. It is a turboprop engine with a fourteen-stage axial flow compressor, twelve combustion chambers, a five-stage axial turbine, and a pressure spray oil system. It produces a maximum takeoff thrust of 14,795 hp each and drives eight-bladed AV-60N contra-rotating reversible pitch propellers with a diameter of 5.6 meters.