The Tupolev Tu-95 was developed in the Soviet Union as a strategic bomber and remains in service with Russia. It is one of the largest operational bombers, with a maximum takeoff weight of 190 metric tons (418,000 lb). The first production aircraft were delivered to the military in 1957. 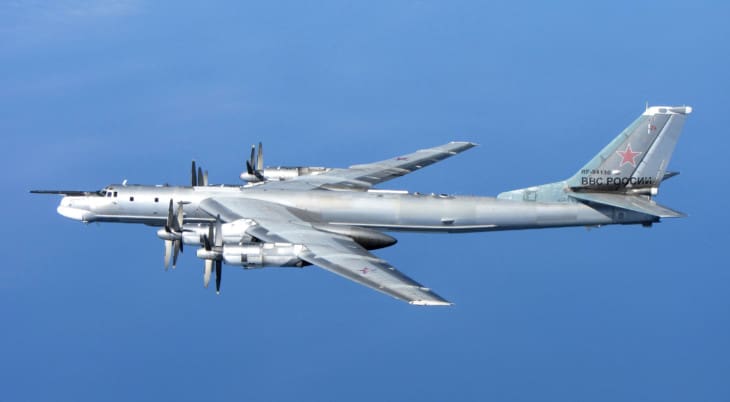 The Tupolev Tu-95 is a four engine, propeller driven, long-range bomber with an impressive wingspan of 141 feet. The aircraft was developed by the Soviet Union during the Cold War to deliver nuclear weapons over great distances, and it remains operational today.

The English translation of its Russian name is “The Bear” which refers to both its resemblance to a bear as well as Russia’s national symbol. It has been in service for more than 50 years and continues to be upgraded with new technology, but no longer carries any nuclear weapons ammunition.