Named in honor of the river that rises in Mato Grosso, Brazil and flows into the Amazon, passing through the first indigenous reservation in Brazil – the Xingu Indigenous Park. The EMB 121 Xingu can transport up to eight passengers and is the first pressurized aircraft produced and constructed in Brazil. 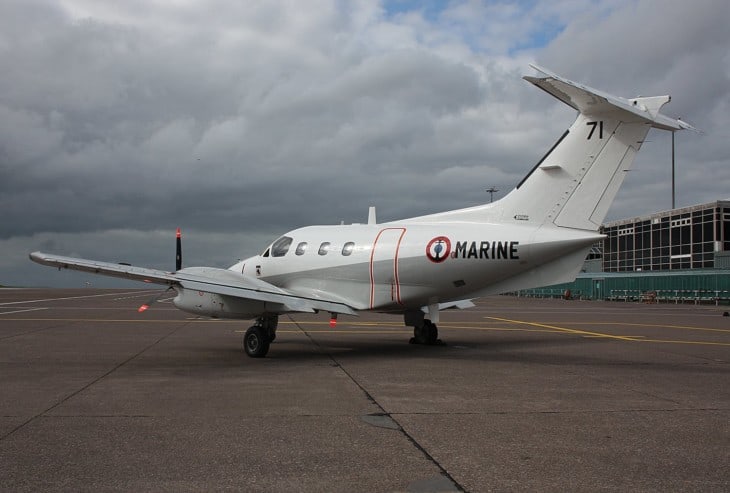 The Embraer EMB 121 Xingu is a twin-engine fixed-wing aircraft constructed and produced by Embraer for the Brazilian and French Air Forces.

In 1976, the first model of the Xingu went into the making. On October 22 1976, the aircraft had its first flight without pressurization system. In December 4, the formal display of the prototype took place.

In May 1977, the aircraft strongly finished its first fully-pressurized test flight.

For the purpose of service to the Special Transportation Group (GTE), Brazilian Air Force was the first buyer of the unit. On the contrary, Embraer was more into the international market that made 28 out of the 32 units built that year marketed by the Piper Aircraft Corporation, which assured technical maintenance anywhere, adding the commercial capacity of the aircraft.

The EMB 121 Xingu was based from EMB 110 Bandeirante with a longer fuselage, better fuel efficiency, and can operate smoothly even on short runways. This aircraft performs not just passenger transport but also pilot training and operational missions.

The aircraft features a circular fuselage with a length of 12.25 meters and tail height of 4.84 meters. It has a low wing monoplane design with a span of 14.45 meters, a retractable tricycle landing gear for easy take-off, landing, and taxiing.

The avionics overhaul of the EMB 121 was completed by EADS Socata, a producer of aircraft structures located in Tarbes, France.

There are two ten-inch Integrated Cockpit Display System-10 (ICDS-10) primary flight displays and ICDS-10 multi-functional displays attached in the aircraft. Built by Sagem Avionics, these ICDS display all the information necessary for managing the aircraft in a real-time manner and most secured condition. Built as compact and lightweight as it is, the ICDS provides enhanced situational awareness and reduce the workload of the pilot.