The Falcon 6X is a large and long-range business jet built by a French company, Dassault Aviation. It is the world’s first ultra widebody business jet that redefines the private jet travel experience by being the most spacious, advanced, and versatile twinjet in business aviation. 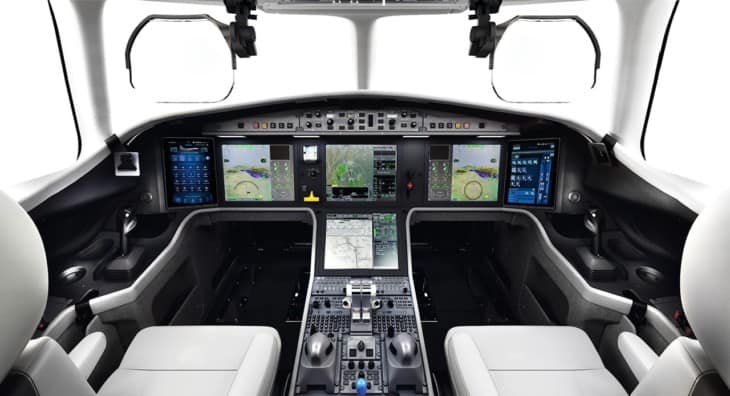 The Falcon 5X business jet that was abandoned by Dassault Aviation on December 13, 2017, was succeeded by a newer model, the Falcon 6X. In February 2018, the manufacturing company announced the design of the Falcon 6X.

It has the same fuselage cross-section, powerful Pratt and Whitney engines, and a 5,500 nautical mile range. The 6X was forecasted to conduct its maiden flight in early 2021 and to start deliveries in 2022. Dassault plans to launch a larger and longer-range version of the 6X to contest with the Bombardier Global 7500 and the Gulfstream G650ER. In February 2019, its Pratt and Whitney engines had obtained 120 hours of flight tests.

In May 2019, Dassault froze the detailed design of the 6X, the engines had 1,000 hours of flight tests, and assembly was anticipated in 2020 for an on-track program. In October 2019, the major parts of the aircraft such as the front, main, and rear fuselage sections were finalized before being assembled and connected with the wing in 2020.

The 14 to 16 business jet has the largest cross-section among its type. It has an exterior length of 25.68 meters, a height of 7.47 meters, and a fuselage diameter of 2.6 meters. The redesigned wing built to reduce turbulence and is furnished with flaperons, leading-edge slats, and trailing-edge flaps. It has a wingspan of 25.94 meters and a wing area of 70.7 square meters.

The ultra-wide cabin is designed to provide areas for privacy and relaxation. It also offers common areas for meetings and conferences. The cabin is equipped with an environmental system which delivers a lower cabin altitude of 3,900 feet even though the aircraft is at 41,000 feet, an air-filtration system that flows and reinvigorates air every two to three minutes, and a quiet cabin which describes the noise as “below the level of normal conversation”. FalconConnect high-speed connectivity is also featured by the 6X.

The aircraft is powered by two Pratt and Whitney PurePower PW812D turbofan engines which produce a maximum takeoff thrust of 13,000 lbf.