The Dash 8 was an incredibly popular aircraft that was sold many times and finally underwent major changes to make it much more reliable, environmentally friendly, and quieter for passengers. The Q300 is still available today, and is a powerful aircraft for shorter flights. 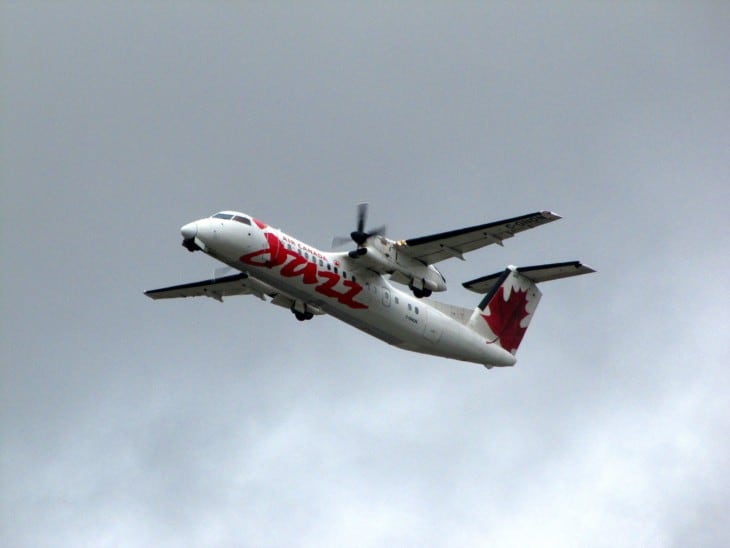 Similar to the Q200, the Q300 is a reworked and revamped version of the Dash 8 aircraft. This plane, however, is no longer being manufactured. Production was ceased in 2009, which means that all of the Q300 aircraft that are still in operation are at least a decade old, if not older. However, the Q300, along with the Bombardier Q200, is often thought to be an incredibly reliable and durable aircraft that is a great option, especially for shorter flights.

The major problem that Bombardier ran into with the Dash 8 model aircraft that they bought from Boeing is that it didn’t have great noise suppression. This means that passengers in the aircraft had to suffer from a lot of noise during the flight. Part of this was because the aircraft is able to operate at a much lower altitude than other planes, which can increase turbulence.

de Havilland Canada first introduced the original Dash 8 aircraft in 1984. Unfortunately, de Havilland Canada was only able to produce these aircraft for a few years before selling them to Boeing in 1988. Boeing then sold them to Bombardier in 1992. Just recently, in 2019, Longview Aviation Capital purchased the aircraft.

The Dash 7 was the original aircraft used as a prototype for this plane, but it underwent changes before becoming the Q300. As of July 2018, there were 151 Dash 8 Series 300 aircraft still in airline service. Some of these operators include Abu Dhabi Aviation, Air Creebec, Air Inuit, Jetstar New Zealand, and Jazz Air.

This version of the Dash 8 Q300 is changed only because it has the addition of the ANVS. This is the Active Noise and Vibration Suppression system, which makes flying in this aircraft much more enjoyable and less painful for passengers who are sensitive to loud noises.

A pilot and a co-pilot can easily fit in and ride in the cockpit of the Q300. This aircraft is an older design, and while there have been some updates to the systems, it is not as powerful or technologically advanced as other aircraft in the skies today.

The impressive noise suppression feature of the Q300 make it a great option for any passenger who wants to fly and who doesn’t want to worry about a lot of noise in the cabin. The models produced before 1997 do not bear the name Q300 since they do not have this same great noise suppression.

The longer airframe of the Q300 adds a bit more room and comfort to the Q200. It was stretched an additional 3.43 m and offers enough room for between 50 and 56 passengers.

The pressurized stand-up cabin provides plenty of head room for passengers, and the seats recline and have arm rest features, as well as tray tables and even plenty of overhead storage.

The full galley has been organized for great flight attendant service, and there is a lavatory for passengers.

Just like the Q200, the Q300 can operate on a much smaller runway than other larger aircraft, making it a great option to use in locations that don’t have the space to support longer planes. It has a range of 1.711 km and a max cruising speed of 532 km/h.

The Q300 also has a maximum cruising altitude of 7.600 m above mean sea level.

While the Q300 is no longer in production, it is still considered a great aircraft to use and fly on. The main competition is the Bombardier Q200 or the ATR42.

This aircraft costs about $1564 per hour to operate. This is less per seat than its competition, the ATR42, which costs about $1552 per hour for operation. Larger aircraft, such as the ATR 72, costs closer to $2247 per hour.