A popular plane that is commonly used to service short routes, the Bombardier Q200, is a reliable plane that offers great fuel economy. Even though it has been involved in multiple accidents, it still has an impressive market share and is a great option for a medium range route. 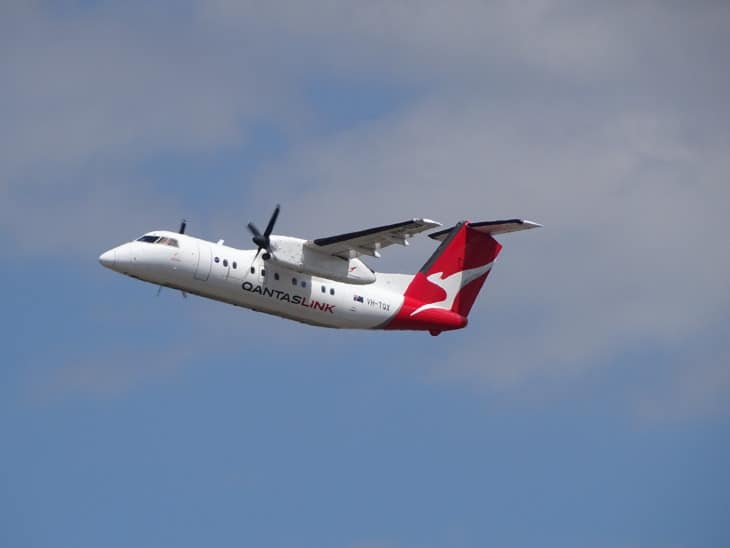 All of the Q200 planes that are still in the air today were manufactured on or before 2009. This means that the planes are considered to be much older than some of the others that are in the air today. However, the Q200 has often been thought of as being one of the most reliable models in the skies, making it a great choice for travel.

The Dash 8 models before 1997 didn’t have great noise suppression. When Bombardier designed better noise suppression, then they renamed the aircraft as the Q-Series models. This included the Q200, Q300, and Q400.

All classic versions of this aircraft ceased production in 2009, although the series 400 was still in production.

The original Dash 8 aircraft was first introduced in 1984 by de Havilland Canada, bought in 1988 by Boeing, and then in 1992 by Bombardier. Finally, in 2019, Longview Aviation Capital bought this series of regional airliners in 2019.

This aircraft was developed from the Dash 7. It first entered into service in 1984, and Piedmont Airlines and NorOntair were the first customers. When Boeing bought the company they were unable to successfully market and use this aircraft following the Airbus affair, after which they put it up for sale.

Some of the companies using the Q200 include Air Creebec, Airlines PNG, Jazz Air, Skytrans Airlines, and Yemenia Joint Venture.

One of the key features of this powerful and small plane is the large T-tail. This was designed specifically to keep the tail from gathering prop wash when taking off. The elongated engine nacelles help hold the landing gear, and the pointed nose profile also helps to set this aircraft apart from others.

It features improved cruise performance, doesn’t cost as much to fuel and to operate, and is significantly easier and less expensive to maintain, due in part to the fact that it only has two engines.

Designed to simply be an improved version of the DHC-8-200, which can easily seat between 37 and 39 passengers, but has better engine performance, the Q200 is an advanced aircraft that is easy to maintain and is powerful.

The short fuselage on the Q200, along with the Q100, is why this aircraft has such a small seat capacity when compared with other aircraft in the Bombardier Q-series. This shorter design was deliberate, however, as it ensures that the plane will be at full capacity most of the time when operating on shorter routes.

There is room for two in the cockpit. With an older cockpit design, it doesn’t have all of the advanced controls and electronics as some of the newer planes in the skies.

One of the key features of the cabin is that it offers a great noise suppression feature. Earlier models that were produced before 1997 don’t have this feature. This is why the Q200 is so much quieter and makes for a better trip than the 200.

With a cabin length of 9.16 m and a width of 2.52 m, it’s easy to see why this smaller aircraft doesn’t have all of the room necessary for more passengers.

The engines in the Bombardier Q200 have been updated from the Q100. They are designed by Pratt & Whitney Canada and are the PW123. With impressive ratings of 2150-hp or 1,6000kW, they offer all of the power that this smaller plane needs to make its flights safely and on time.

This powerful small plane can use a much shorter runway than larger jets require for take off and landing. When it is fully laden, it still only needs a runway that is 670 m for take off. The maximum payload of 4647 kg make this a powerful little aircraft to ride in.

A cruise altitude of 7620, allows the Q200 to maximize fuel economy and provide a better flight experience without using as much fuel. This does mean that the plane will experience more turbulence than would be felt with a larger plane, as it is at a much lower altitude.

Features rearward-folding landing gear. This is fairly typical for this type of aircraft.

One of the main competitors of the Q200 was the ATR 42. However, since Bombardier stopped production, the Q200 is not thought of as being a main competitor any longer. This means that the Q200 doesn’t have a lot of direct competition, as it is no longer manufactured, and instead all of the existing aircraft are simply being maintained.

You may also choose to view all other current aircraft models from Bombardier Aerospace, or compare this aircraft with other commercial passenger airplanes the Bombardier CS300, Bombardier CRJ 1000 and Bombardier Q400.