The BAE Harrier II is a British-designed and manufactured ground attack aircraft that was in production from 1969 to 2006. It was the second most successful Western fighter during the 1970s after the McDonnell Douglas F-4 Phantom II, serving as an important part of air forces in Europe and Asia. 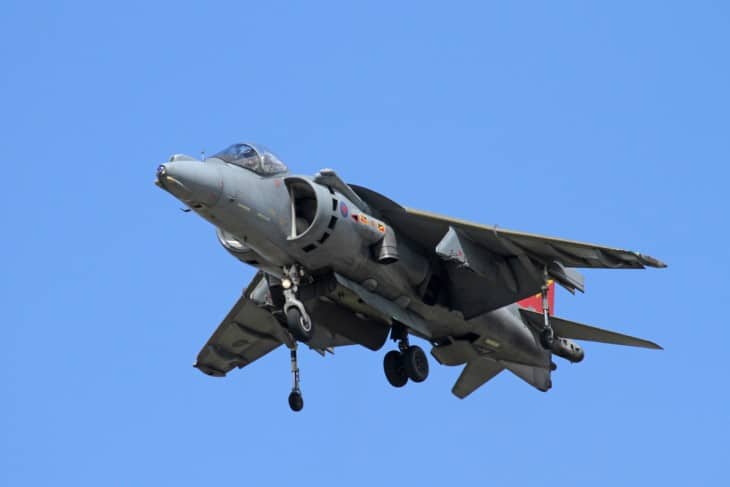 The BAE Harrier II is a British-built, two-seat, single engine ground-attack aircraft which was used by the Royal Air Force and various other air forces until 2010. The Harrier II’s design includes an innovative thrust vectoring nozzle system which provides more power to both the aircraft’s nose and tail than any other jet engine powered aircraft. This allows for faster takeoffs from shorter runways in relation to conventional jets.

The Harrier II has seen combat action in Bosnia, Iraq and Afghanistan with the RAF as well as serving NATO peacekeeping missions in Kosovo with No. 12 Squadron RNLAF of the Royal Netherlands Air Force.

In addition to combat service with various nations, it has been exported for use by other countries including India, Kuwait, Malaysia and Spain. The United States Marine Corps operated this type of aircraft between 1985–1992 as a stopgap measure when they needed more marine pilots than their own USMC aviators could produce on short notice.