The Avro 701 Athena was produced by the British manufacturer Avro as an advanced trainer aircraft during the late 1940s. It first flew in June 1948 and was introduced in 1950. The aircraft saw service with the Royal Air Force and was built to replace the North American Harvard trainer aircraft, however, the Athena was hardly sold with only twenty-two aircraft built including prototypes. 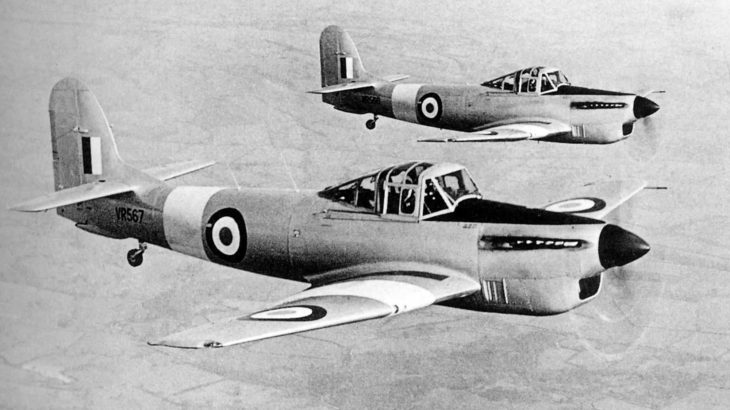 The Avro Athena was built as a response to a requirement for a three-seat turboprop-powered advanced trainer intended for the Royal Air Force. On June 12, 1948, it took to the air for the first time. The aircraft was an all-metal monoplane with a side-by-side seating configuration for two crew members. It has an external length of 11.37 meters, an external height of 3 meters, and a fuselage diameter of 1.45 meters. It was designed with low wings with a wingspan of 12.2 meters and a wing area of 25 square meters. The tail height is 3.93 meters and the wheelbase is 6.8 meters. It has an empty weight of 2,896 kg, a gross weight of 3,688 kg, and a fuel capacity of 130 US gal in two flexible wing tanks and 36 US gal in a fuselage collector tank, with provision for 110 US gal in two under-wing drop tanks.

The aircraft could also be armed with a single 7.70 mm Browning machine gun and has provision for two 27 kg RP-3 rockets.