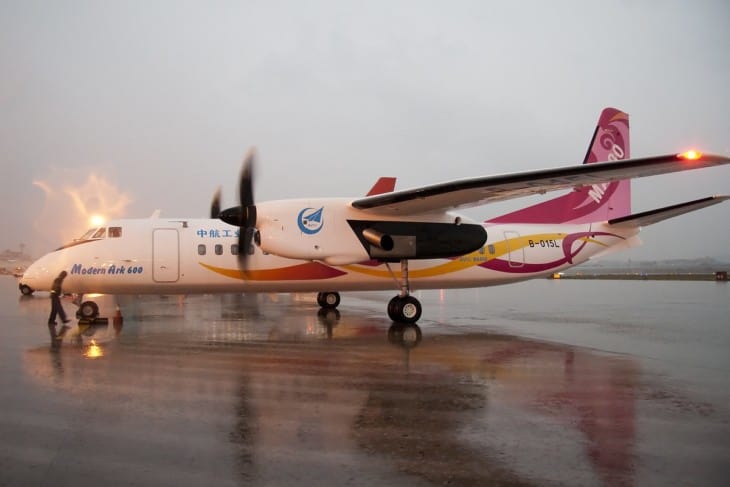 On June 29, 2008, the Chinese company Xian Aircraft Industry Corporation rolled out its first MA600. On October 10, 2008, the aircraft took to the skies for the first time at Xian Yanliang Airbase. The manufacturing company noted that the successful test flight of the aircraft is “an important milestone” in Chinese indigenous aircraft production. MD Meng Xiangkai revealed that the MA600 is anticipated to acquire its certificate of airworthiness and enter service in the second half of 2009, with the first aircraft to be delivered to the Civil Aviation Flight University of China in Sichuan Province. In 2010, batch delivery began. By 2018, Xian received numerous orders from various operators in Africa, Asia, and Latin America.

The MA600 is an improved version of the MA60. It was designed to optimize the structure, avionics system, and cabin interior of the MA60. The aircraft incorporates the Becker-Communications “DVCS6100 Digital Intercommunication and Passenger Address” system with a control panel, external jack box, intercom amplifier, public address amplifier, converter box, service station, and digital player. It integrates all aircraft communications and provides flexible user-programmable configuration. The system provides a distinct capability to efficiently manage and control multiple audio sources and cabin passenger positions.

The MA600 is powered by two Pratt and Whitney PW127J turboprop engines. It produces an increased thrust of 2,881 horsepower each. The engine has a two-pool, two-stage centrifugal compressor, reverse flow combustor, single-stage, low-pressure and high-pressure turbines, two-stage power turbine, and a self-contained oil system.