The Tupolev Tu-16 was designed by Tupolev as a Soviet strategic heavy bomber powered by twin turbojet engines. It performed its maiden flight in April 1952 and was introduced to service in 1954. The aircraft was operated by various airforces including the Soviet Air Force, Egyptian Air Force, Iraqi Air Force, and Indonesian airforce. It was operational for over sixty years and was retired in 1993. A total of 1,509 aircraft were built. 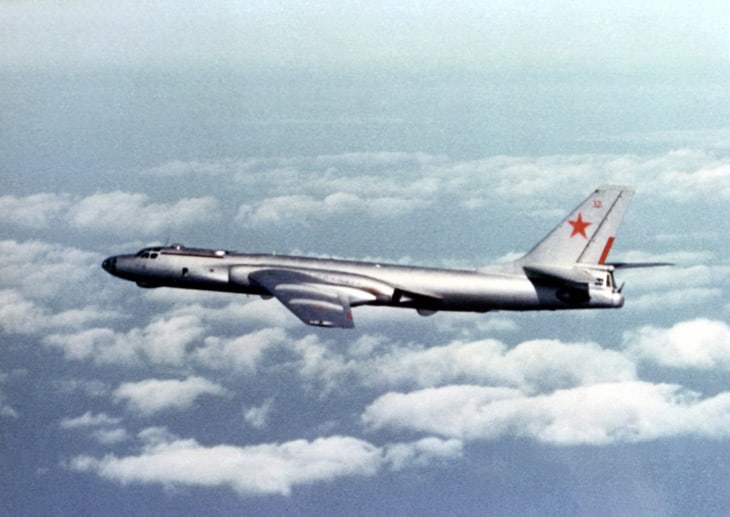 In 1950, the Tupolev design bureau started to develop the Tu-88 prototype. On April 27, 1952, it performed its maiden flight and in December 1952, was approved to be in the production line. In 1954, the aircraft entered into service and was designated as Tu-16.

The Tu-16 could be loaded with several ammunitions including six to seven 23 mm Afanasev Makarov autocannon- two each in dorsal and ventral remote turrets and manned tail turrets, with an optional addition of one fixed forward in the nose, two underwing hardpoints for missiles, and a bomb bay for missiles or bombs. It is also armed with different missiles depending on the version such as Badger-B with two Raduga KS-1 Komet (AS-1 Kennel) short-range air-to-surface missile positioned on underwing hardpoints, Badger-C with one Raduga K-10S (AS-2 Kipper) supersonic anti-ship missile semi-recessed in the bomb bay, Badger-C/G with two Raduga KSR-2 (AS-5 Kelt) cruise missile or Raduga KSR-5 (AS-6 Kingfish) long-range air-launched anti-ship missile located on underwing hardpoints, and Badger-A + Export versions with a 9,000 kg of free-fall weapons.