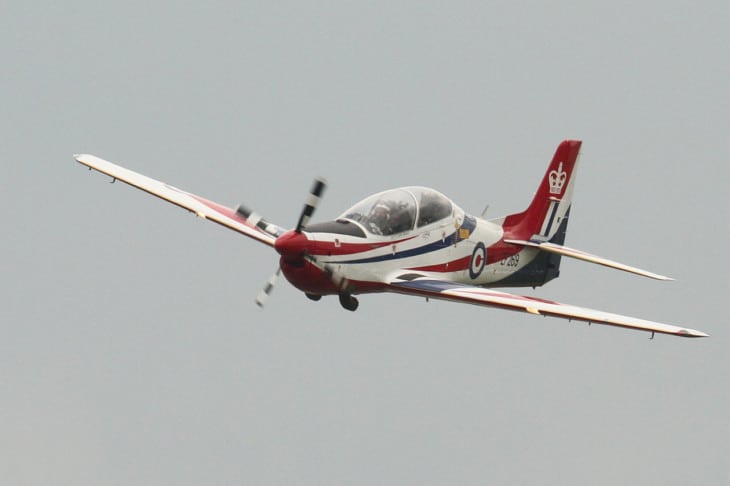 On December 30, 1986, the Tucano T.Mk 1 conducted its first flight. It was the first standard production model that rolled out on January 20, 1987. On March 10, 1987, the second aircraft took its maiden flight, and after a month, the third production model had joined the clearance and final testing of the test fleet, which was greatly undertaken in a military testing site at MOD Boscombe Down.

The aircraft delivered to the Kuwait Air Force were made to be combat-capable and were armed for the intention of weapons training and light attack missions. These aircraft were equipped with four hardpoints that can mount different rocket pods, bombs, cannons, and external fuel tanks.

The Short Tucano is more receptive to changes in thrust due to its Garett engine and is less quiet compared to the original Tucano. Aside from the engine change, the primary dissimilarities of the latter are a reinforced airframe for an enhanced stress life, a cockpit configuration the same with the Hawk advanced trainer of RAF, an improved oxygen system, a flight recorder to facilitate the investigation of accidents and incidents in flight, a four-bladed propeller, ventral airbrake for steep approaches, and redesigned wingtips.

The aircraft is also equipped with two MB 8LC ejection seats built by Martin-Baker, and the canopy was improved to target the requirements of RAF for bird strike. While in the production span, the company presented the airframe as “100% British-built”. The aircraft has an external length of 9.86 meters, a height of 3.4 meters, and a fuselage diameter of 1 meter. It has a wingspan of 11.28 meters.