The FA-50 Golden Eagle is a light combat aircraft built for the Republic of Korea Air Force (ROKAF) by Korea Aerospace Industries (KAI). It is the most advanced version of TA-50 with greater internal fuel capacity, improved avionics, a longer radome, and a tactical datalink. 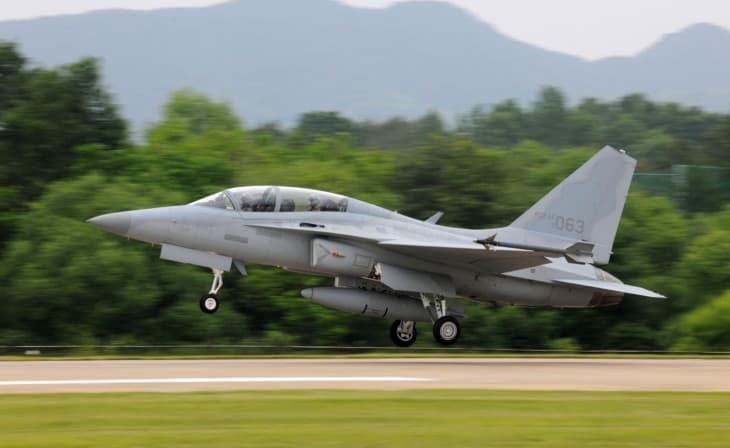 The KAI FA-50 Fighting Eagle light attack aircraft is a replacement for the old fighter fleet of the Republic of Korea Air Force such as the Northrop F-5E/F and Cessna A-37 aircraft. In 2011, a $600 million contract was awarded to Korea Aerospace Industries by the Defense Acquisition Program Administration (DAPA). The contract covers the production and supply of twenty KAI FA-50 to the Republic of Korea Air Force by 2014. In May 2013, DAPA placed a $1 billion follow-on serial production contract with KAI for the FA-50. The aircraft deliveries started in 2013.

The aircraft features a tandem glass cockpit for two crew members. It is designed with a wide field of view head-up display, multifunctional displays, hands on throttle-and-stick, integrated upfront controls, digital engine instrumentation and zero-zero ejection seat that allows the pilot to successfully eject at a zero altitude and a zero airspeed. It is also equipped with an on-board oxygen generation system that produces unlimited oxygen-enriched air on the aircraft and night vision imaging system to enhance the flight crew’s ability to maintain visual reference to the surface at night. The flight control systems incorporate digital fly-by-wire, active stick, electrical emergency power unit, digital break-by-wire, and a triple-redundant electrical system.