The word “Praetor” comes from a Latin root that means to lead, or the one who goes before. Emerged from this world of innovation, the Embraer Praetor 600 is a business jet that stands for its name, an aircraft that questions limitations and goes beyond traditions. 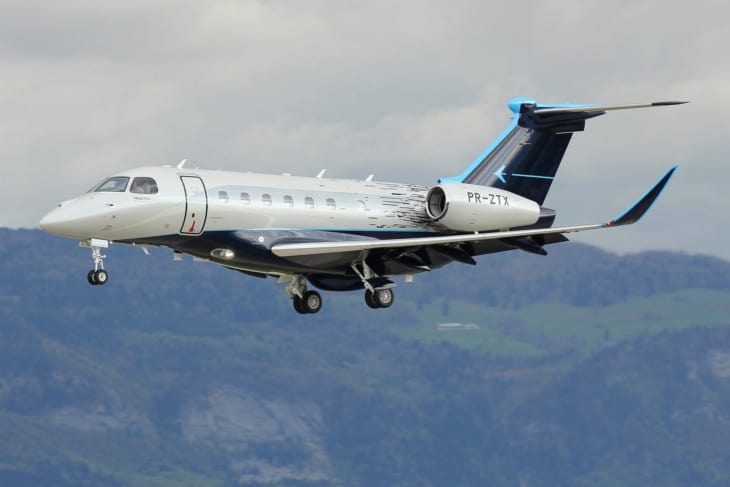 The Praetor 600 is the newest business jet designed and produced by Embraer- a Brazilian aerospace multi-industry company. In March 2018, flight testing of the aircraft started and 300 hours were recorded with three aircraft by October.

In October 2018, the aircraft was launched at Orlando Executive Airport, USA. On the same month, it was also displayed at the National Business Aviation Association’s Business Aviation Convention and Exhibition (NBAA-BACE) 2018.

In April 2019, it was certified by the National Civil Aviation Agency of Brazil and the US Federal Aviation Administration (FAA) which made the aircraft the first in its category to be certified since 2014. The Praetor 600 also received its European Aviation Safety Agency (EASA) certification.

Then in May 2019, the Praetor 600 took its first transatlantic crossing powered with Sustainable Alternative Jet Fuel (SAJF).

In June 28 2019, the new Praetor 600 was first delivered to an undisclosed European customer. The ceremony was held in Sao Jose dos Campos, Brazil at the production facility of the company.

Construction of the Praetor 600 will take place at the production facility of Embraer in Melbourne, Florida.

The Embraer Praetor 600 is an upgraded version of the Legacy 500 with a length of 20.74 meters and a tail height of 6.44 meters. It exceeds the capabilities of the former by having new winglets, increase fuel capacity, longer range, and more powerful engines.

The aircraft features a monoplane design with a 21.50-meter low-mounted wing configuration. Along with the winglets is a longer belly fairing located between the main wing underside the fuselage. The belly skid is also notable on the lower fuselage for protection of underbelly tanks whenever there is a gear-up landing.

The fuselage of the aircraft tapers into the back forming a long tail layout structured into a T-tail configuration.

The aircraft has a cockpit designed with Rockwell Collins Pro Line Fusion flight deck. The functional design of the cockpit decreases the workload of the pilot. It is also outfitted with high-definition displays that give navigation data to the crew.

The Praetor 600 features the world’s first Synthetic Vision Guidance System (SVGS) that allows the pilot to achieve in-flight operations, take-offs and landings in a trouble-free manner. SVGS has the ability to enable autopilot-flown Instrument Landing System (ILS) approaches up to 150 feet high above touchdown with as low as 1,300 feet Runway Visual Range (RVR) visibility.

The cabin of Praetor 600 features the most recent technologies and convenient seats that can be converted into fully flat beds. The cabin can seat up to 12 passengers on board. It has a length of 8.2 meters, width of 2.08 meters and height of 1.83 meters.

It boasts an exceptionally quiet environment perfect for relaxation or for business conference. Both sides of the cabin are designed with seven windows for natural lighting into the interiors. There is also a lavatory and a baggage compartment at the back part of the cabin.

The disruptive Praetor 600 can fly at a nonstop range of 4,018 nautical miles at long-range cruising speed. It also features an admirable performance in the runway where it can fly its maximum range from a 1,352-meter runway and can function from a runway as short as 914 meters.