The Douglas DC-7 was produced by the Douglas Aircraft Company introduced on November 29, 1953. It was the final transport aircraft powered by a piston engine built by the company between 1953 to 1958. 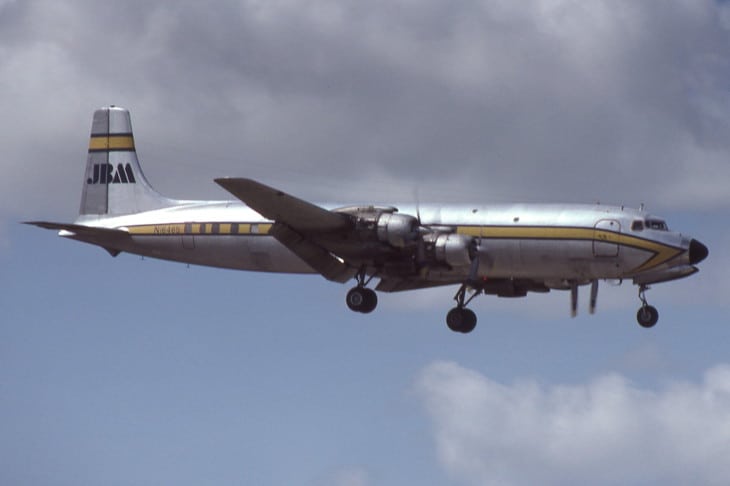 The DC-7 was developed out of the request of American Airlines for an aircraft that could fly the United States coast-to-coast in around eight hours nonstop. The aircraft manufacturer Douglas Aircraft Company was hesitant to produce the type until Cyrus Rowlett Smith, the CEO of American Airlines placed an order for twenty-five DC-7s costing $40 million which covered the development costs of the aircraft.

In May 1953, the prototype took to the air for the first time, and in November of the same year, the first DC-7 was delivered to American Airlines, starting the first east-coast-to-west-coast nonstop flight in the United States which led to the competitor Trans World Airlines to provide the same service with its Super Constellation aircraft.

The DC-7 produced different variants from the original DC-7 production type with 105 built, and the first long-range version DC-7B had 112 produced aircraft which were designed with a higher gross weight and an increase in fuel capacity. The DC-7C Seven Seas was a longer-range version capable of flying non-top in transatlantic routes. It was powered by more powerful R-3350 engines rated at 3,400 horsepower and added fuel capacity mostly in longer wings. A total of 121 DC-7Cs were built. The DC-7D was an unbuilt version intended to be powered by Rolls-Royce Tyne turboprop engines, and the DC-7F was a freight conversion equipped with two huge freight doors.