The Douglas DC-2 was a twin-engine airliner developed and produced by the Douglas Aircraft Company. Introduced in 1934, it is a fourteen-seater aircraft that competed with the Boeing 247 airliner. 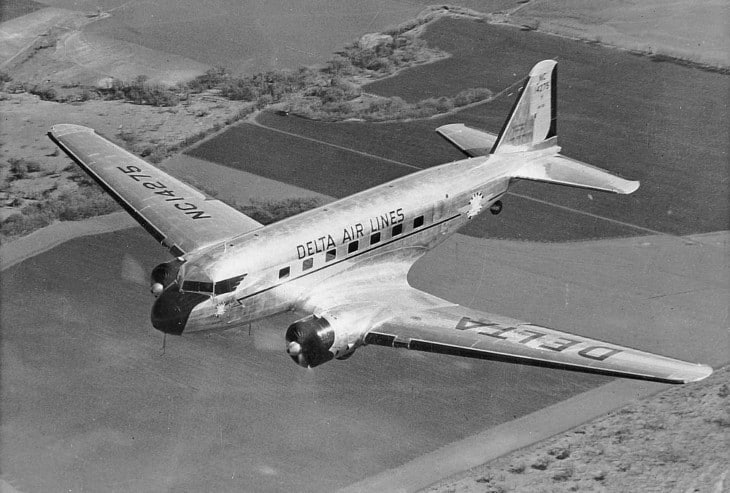 In 1933, the Douglas DC-2 was developed when the manufacturing company Douglas Aircraft Company and Trans World Airlines prearranged to lengthen the fuselage of the DC-1 airliner by two feet and to add one extra row of seats which resulted in a 14-seater aircraft.

Trans World Airlines ordered twenty of this version. The design drew attention to other American and European airlines and several orders followed. Commercial and military variants of the aircraft became well-known and padded the skies all over the world.

The largest customer of the Douglas DC-2 was the United States Army Air Corps. On May 11, 1934, the first DC-2 took its first flight. It was produced from 1934 to 1939 with a total of 198 aircraft built. Even though dominated by its descendant DC-3, it was the DC-2 that initially demonstrated that passenger transport over the air could be enjoyable, secure, and attested.

The DC-2 has an exterior length of 18.8 meters, a height of 4.9 meters, and a fuselage diameter of 2 meters. It could accommodate two to three crew members and up to fourteen passengers in flight. The wingspan is 25.9 meters and the wing area is 87.2 square meters. It has a wheelbase of 10 meters.

The aircraft is powered by a twin GR-1820-F52 Cyclone engines by Wright Aeronautical. It is a nine-cylinder single-row supercharged air-cooled radial piston engine with two overhead valves per cylinder with a sodium-filled exhaust valve, a single-speed General Electric centrifugal-type supercharger, a Stromberg downdraft carburetor with automatic mixture control, and a dry-sump with one pressure and one scavenging pump oil system. Each engine produces a maximum thrust of 875 horsepower. The aircraft also features three-bladed variable-pitch metal propellers.