The Denel AH-2 Rooivalk is a South African attack helicopter, manufactured by Denel Aviation. The name “Rooivalk” means “Red Kestrel” (Rock Kestrel) in Afrikaans and was chosen to commemorate the bird of prey found only in Southern Africa. 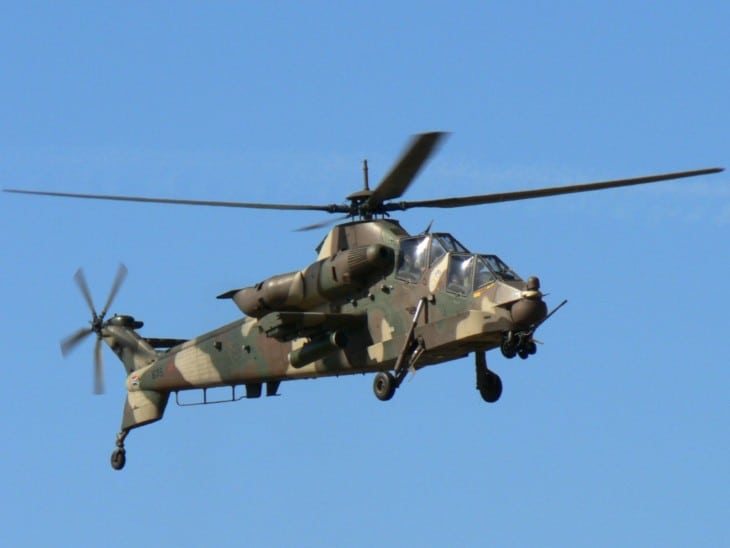 The first prototype of the Rooivalk performed its maiden flight on 27 September 1986, with production starting in 1990. Its main purpose is as an anti-tank helicopter due to it carrying heavy armaments for destroying armour vehicles and other ground targets such as infantry formations and air defense sites at ranges up to 10 km away. It can also be used against low flying helicopters or fixed wing aircraft if necessary.